Erwin de Vries would have turned 90 on December 21 st, 2019. To commemorate this special day, his wife Lilian and two daughters Gudrun and Sabine organized a one-day exhibition. The purpose of the exhibition was two-fold; firstly to honor him and secondly to boost the sales of his artworks. 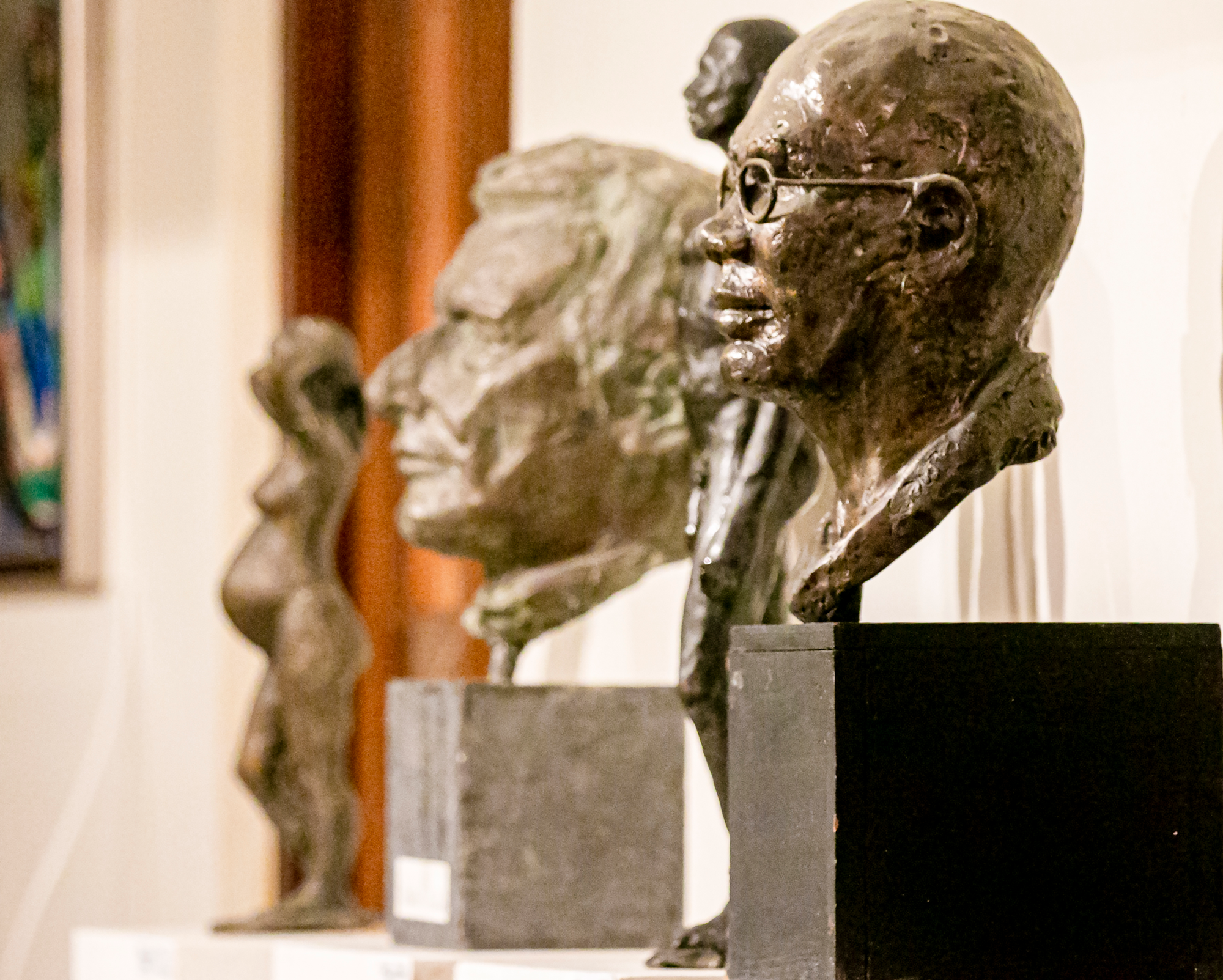 That boost is necessary, because artistry is a challenging profession, especially in Suriname. Erwin was proud that he could make a living from the yield of his work. Full of passion and self-confidence, he spent his entire life selling his paintings and sculptures himself; he had no manager and was a tireless, persistent ‘businessman’. That must be part of the ‘package’ to make it in this world, as he put it. “Everyone is born with a package, and to make it as an artist you need more than talent. You also need to learn techniques, have the courage and ‘have bakru for that thing’ in short, be devoted to art with your whole being. 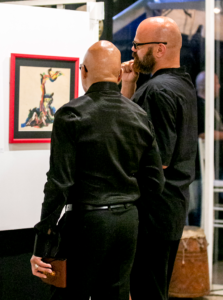 And Erwin de Vries breathed ART, from his looks to his lifestyle. He received many awards and also recognition through the purchases of his work by major museums, such as the Museum of Modern Arts in Miami, Centro de Bellas Artes in Mexico City and the Rijksmuseum in Amsterdam. Erwin has always been a very productive artist. Until a couple of days before his death he was still painting. Those latest works were presented during the exhibition on the 21 st, along with a selection of other pieces he created earlier in his career. During his lifetime Erwin made hundreds of paintings on canvas, but also watercolors and bronze sculptures. Through the years many have been sold, but many works are currently stored in the artist’s last home/studio alongside the Suriname river in Paramaribo. In addition, part of the collection is offered for sale online, via the website: www.erwindevriesart.gallery

The artist’s wish was to open an ‘Erwin de Vries’ museum in Paramaribo in which his works would be exhibited and accessible to the public. A rotation system could always represent a different period of its life. The family wants to realize this concept. However, they are also very realistic, because in addition to money, it also requires a lot of time, knowledge and organization to manage a museum. So for the time being that idea is on hold. 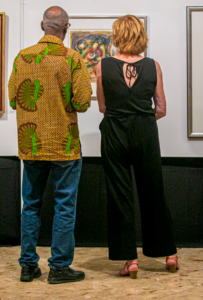 Another nice perspective for the future is the biography that Hanneke Oosterhof will be writing about Erwin de Vries, which includes his career and his personal life. Hanneke Oosterhof is a cultural historian and publicist, who resides in the Netherlands and regularly travels to Suriname for her research on Erwin’s life. She is interested in the man behind the colorful dynamic artworks and would like to compare his art to other artists that also focus on the female nude.
Erwin actually aspired to write a book himself in which he wanted to record his vision of life. He had rather ‘different’ ideas. On eroticism, sexuality, drugs, war, climate change, religion and death, he gladly ventilated his outspoken opinions. In one of his last interviews, he said that if you die there is nothing after that. Whether that is actually the case will remain unanswered for everyone, until they experience death. At least Erwin already knows; he is peacefully buried in Paramaribo at the cemetery ‘Hodie Mihi Cras Tibi’ (Latin for: ‘Today I, tomorrow you’). This statement also fits Erwin; he was very realistic in life (he often said how blessed Suriname is because there are no hurricanes and floods) and grateful for what he had achieved. He gladly told that to anyone who wanted to hear. 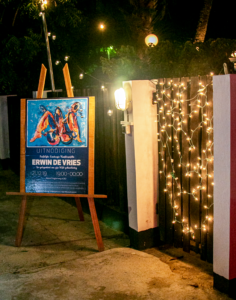 Erwin’s energy is actually present in many more places in Paramaribo: it can be seen / felt / experienced in every image he made. In honor of Erwin’s 75th birthday, the exhibition called ‘Kruderi’ was curated. Linked to this exhibition, Myra Winter and Hilde Neus created a map 1 of Paramaribo City with the many sculptures of Erwin that can be seen in public spaces such as: the portrait of Dr. Ir. Franklin Edgar Essed on the Dr. Sophie Redmondstraat, the portrait of Anton de Kom on the premises of the University of Suriname on the Leysweg, the statue of André Kamperveen on the Laetitia Vriesdelaan. But also with lesser-known works by Erwin like: the artistically designed safety bars of De Surinaamsche Bank and the façade decoration on Kerkplein Post Office.

Erwin is no longer with us … but he is certainly still present in many places through his works of art. Just sit down in front of one of his artworks and observe the work by his hands … that is an experience in itself! Enjoy Suriname through his art!