The Dutch producers Klaas de Jong and Bernard Tulp, known for Dutch blockbusters like “Verliefd op Ibiza”, “Toscaanse Bruiloft” and “Michiel de Ruyter” (“The Admiral”) have made a new movie which is expected to be a big hit in cinemas in the Netherlands and the Caribbean.
In this movie the director Marc Waltman presents the country Suriname as a character in the movie instead of a location, and it shows. You can feel the warmth of the luscious tropical environment and the friendly society. You feel connected with the harmonious group of people and most of all the vibrant and colorful atmosphere of the country. This all combined with a fun script full of twists and turns and a great cast from the Netherlands and Suriname.

The collaboration with Liesbeth Gummels from the Tour operator Waterproof Tours Suriname as line producer turned out to be a perfect match. Not only were the logistics and practical things all in place, she, as a true ambassador of her country, made sure that all the top locations and hidden gems were featured in the movie.

It is a movie that plays upon prejudice, stereotypes and assumptions between the Netherlands and Suriname, but always with respect for both cultures. 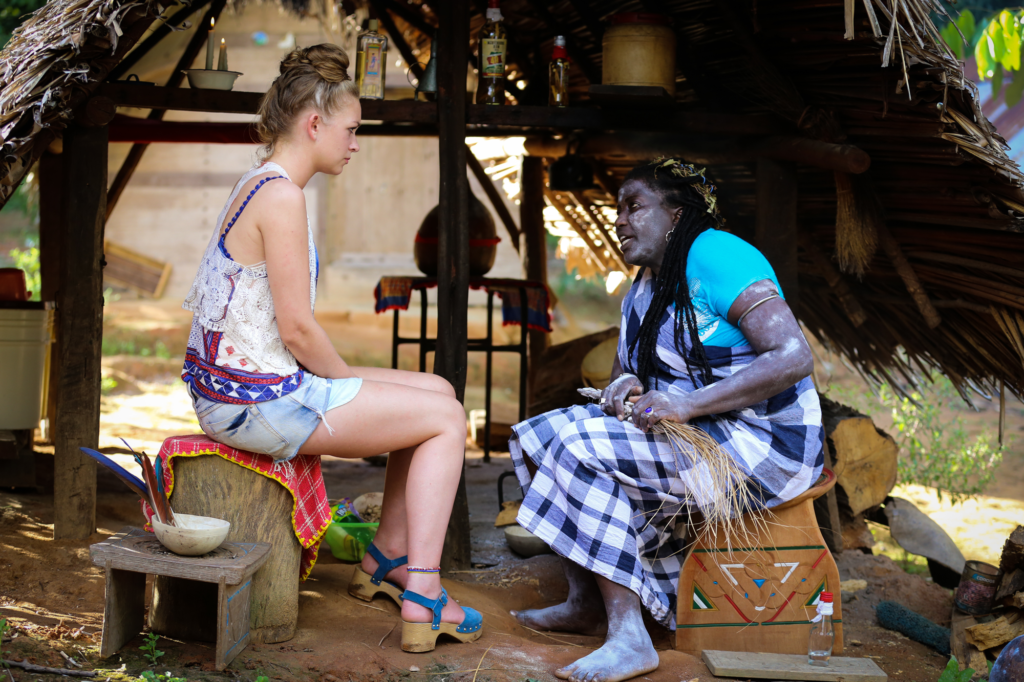 The Story
Axel is a “boeroe”, a white Surinamer, descendant of the Dutch farmers, who was born in Suriname but has lived in the Netherlands for 20 years. He is fully “Dutchified” with all its Dutch habits and completely lost his Surinamese soul and upbringing. He is married to the Dutch Victoria and hasn’t been back to his homeland since he moved to the Netherlands. His free-spirited mother Gladys calls the family together for Christmas, because she has something important to tell. Axel reluctantly returns to Suriname with his wife Victoria and her sister Mirna.

Before the Christmas dinner has even begun, a fight between Axel and his brother Virgil erupts when Virgil reveals something which creates a big stir. On top of that, Axel’s daughter Wonnie, who is doing an internship in Suriname, confesses that she is pregnant…

This is the start of a roller coaster story under the Surinamese sun. The Dutch Victoria experiences numerous adventures in the Surinamese jungle and starts to rediscover why she fell in love with a Surinamese man…. Wonnie starts looking for the father of her unborn child and is helped by Mariano, which she thinks is her cousin.

Mirna tries to introduce slimming products to Surinamese women to help them overcome their obesity, which is not received with enthusiasm at all.

Intertwined in this story is the Dutch/Surinamese couple Michael and Shirley who emigrated from the Netherlands to Suriname to run a tourist resort. They discover that the Surinamese Michael is homesick for the Netherlands and the Dutch Shirley is completely in love with Suriname.