The Jaguar (Panthera onca) is the only member of the panthera family to be found in the Americas and is by far the biggest cat on the continent. The Jaguars’ range, which once spanned from the southern states of the United States down to the tip of South America, now centers on the north and central parts of the South American continent. The name jaguar is derived from the Native American word yaguar, which means ‘he who kills with one leap’. The native inhabitants of the Suriname area referred to the jaguar as a God, so struck were they with this jungle cat. 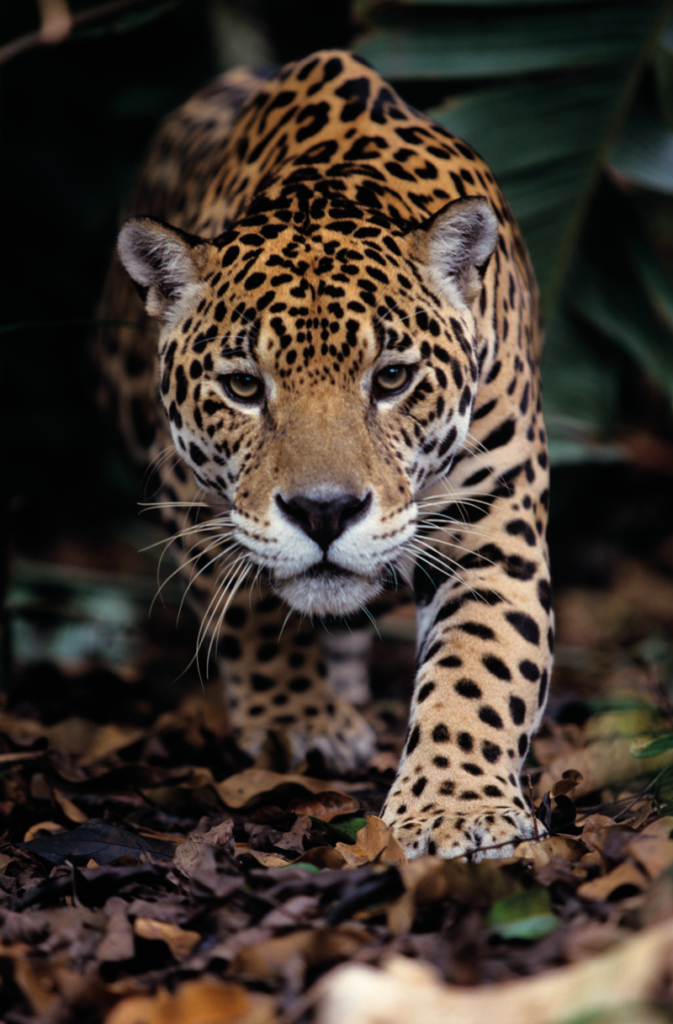 About
The male jaguar is normally 1.8 m (6ft) long. He weighs around 113 kg (250 lb). This weight is evenly distributed throughout a muscular neck and shoulders, a barrel like body and short, stout legs. Its powerful paws also threaten to pack a powerful punch. Most jaguars are tan or orange with distinctive black spots, dubbed ‘rosettes’ because they are shaped like roses. Some jaguars are so dark they appear to be spotless, though their markings can be seen on closer inspection. Jaguars live alone and define territories of many square miles by marking with their waste or clawing trees. Jaguars are capable of killing just about any type of prey they encounter. They can kill animals ranging in size from an armadillo that weighs 1 kg (2 lb) to a cow that weighs more than 450 kg (1,000 lb). Jaguars hunt by walking slowly along trails, watching and listening for prey. Jaguars have an unusual method of killing large prey. Whereas lions, tigers, and leopards kill with a throat or neck bite, jaguars often kill large prey by biting through the skull between the ears. Jaguars also use their powerful jaws and strong canine teeth to break open the heavy shells of large river turtles. 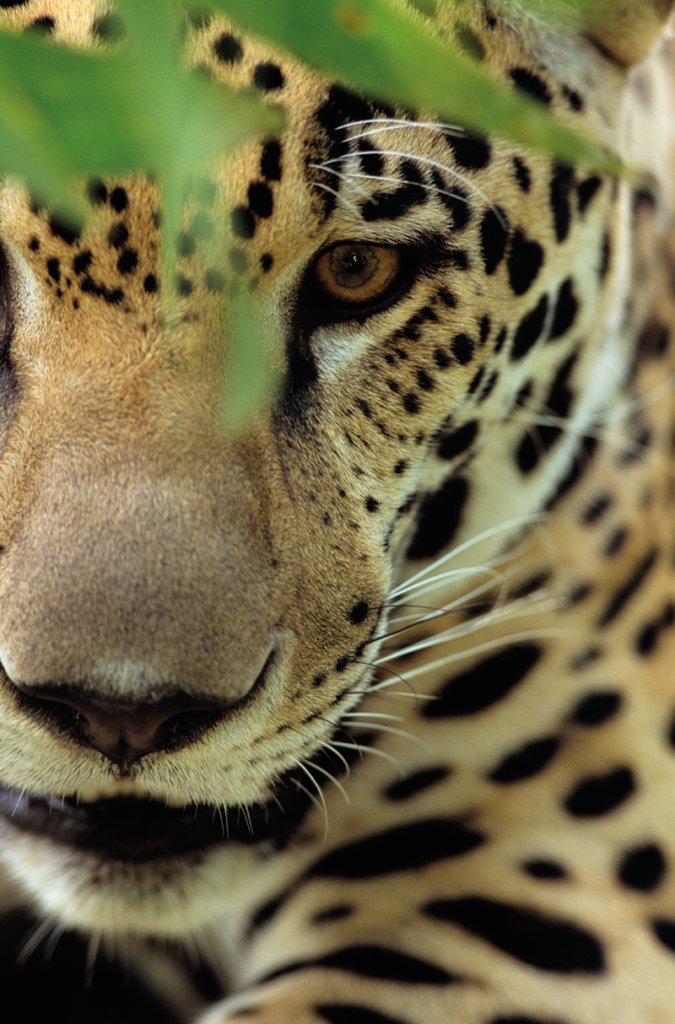 Unlike many other cats, jaguars do not avoid water; in fact, they are quite good swimmers. Females have litters of 1-4 cubs, which are blind and helpless at birth. The mother stays with them and defends them fiercely from any animal that may approach – even their own father. After killing a large animal, a jaguar will usually drag the carcass into dense cover before beginning to eat. If the kill is made in an open area, jaguars often drag their prey for considerable distances.

Your Chances of Seeing One in the Wild

The jaguar is an elusive animal, preferring to keep itself in sheltered places. The best place to spot this magnificent creature is in the jungles of Suriname. It is estimated that there are now only around 15,000 jaguars left in the wild and conservation is centering on the establishment of protected national park areas which may serve to reduce the decline of the jaguars’ natural habitat
Like 0 Facebook 0 Twitter 0 Pinterest 0 WhatsApp 0 Email 0
Facebook 39,500Fans
Scroll to top
Close
© Copyright 2021 | Popular Media Group | All rights reserved
Close
Browse Categories