My father John R. de Bye was born on 5 February 1907. He started his career with the Lands Radio Service of Suriname as a telegraph operator at the age of 17. When he retired in 1960, he held the post of Deputy Director of the Lands Telegraaf and Telefoondienst (National Telegraph and Telephone Service) and received a royal distinction for his outstanding service. With this historical overview, which was written by him, I want to pay tribute to my father who was committed to both his job and his role as a loving father.

Initially, the telegraphic connection of Suriname with foreign countries was in the hands of the French cable company STF, which on 18 September 1889 had obtained a license to connect Suriname to the world telegraph network via subsea cables.

In 1920 the mining of bauxite had started in Suriname and the Surinaamse Bauxiet Maatschappij (SBM) was granted a license to set up two radio stations in respectively Paramaribo and Moengo. This concession was intended solely for the establishment of a private communication line to the Moengo bauxite mining site, since there was no telephone connection to that location at that time. In this way contact could also be made with vessels that transported bauxite to the United States. The radio station of the SBM entered into operation in 1921 and was also used by SFT whenever their cable connection was out of service. 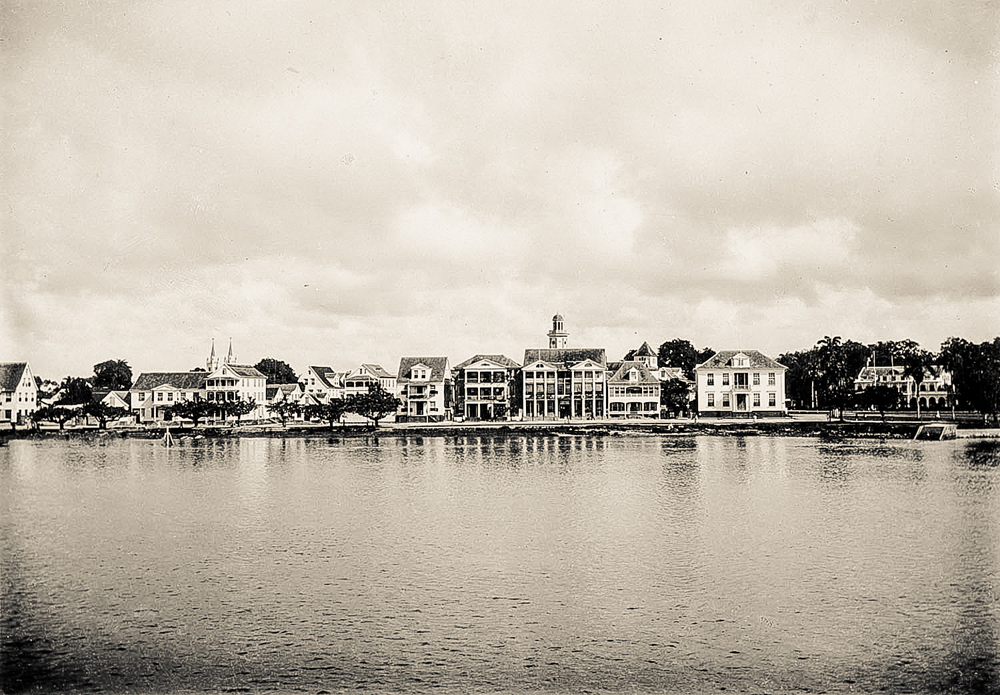 Transfer to Surinamese Government
The radio station in Paramaribo was transferred to the Surinamese government for the symbolic price of 1 Dutch guilder in 1925. In return, the SBM obtained favourable concession conditions as well as the right to free transfer of its telegrams between Paramaribo and Moengo. The station at Moengo was also taken over by the government a few years later.

The radio service, which was named Lands Radio Dienst (LRD – equivalent to National Radio Service), was managed by S. Mobach, who became the founding father of the radio service in Suriname.

Expansion
Connections were maintained with different countries in the region, with ships at sea and with stations in the districts of Suriname. An agreement was established with the station on Barbados which was owned by an English cable company, The Pacific Cable Board. The agreement entailed that all telegrams destined for countries with which Suriname had no direct connections, would be run through The Pacific Cable Board. The rate to the Netherlands was 1.70 Dutch guilders per word. This agreement became obsolete when Suriname established direct connectivity with the Netherlands and the United States by the shortwave band. 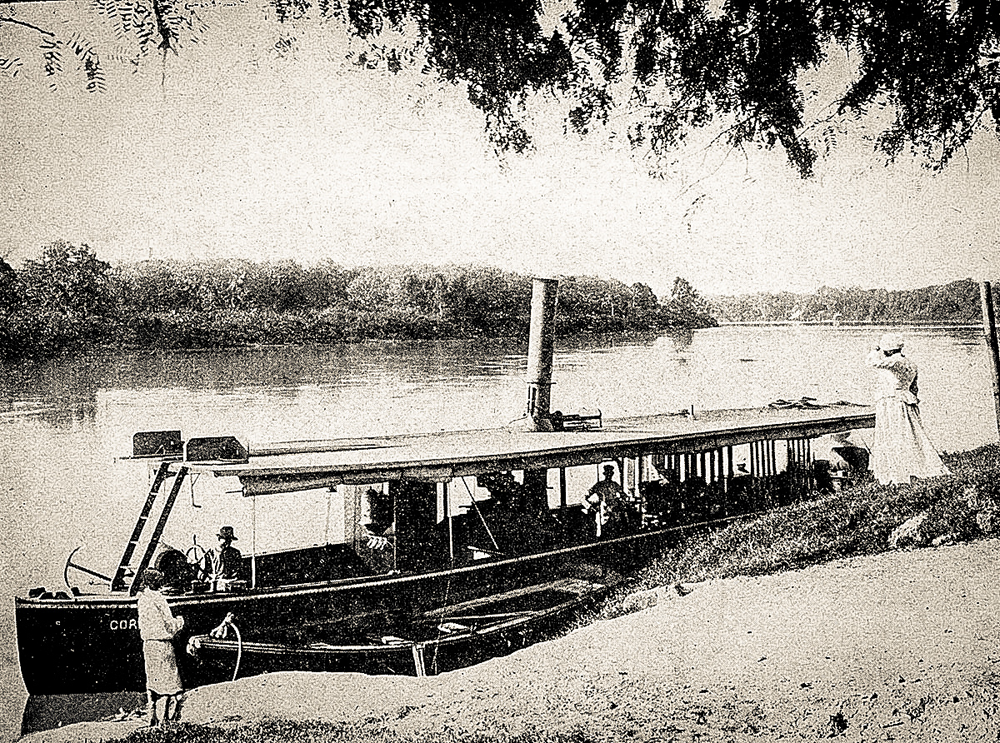 From its inception the LRD was connected to all stations exclusively by telegraphy. When the shortwave transmission came into use, it became possible to maintain good connections at low energy consumption. Following a few experiments, radio telephone connections turned out to run so well that the radio telephone service was opened to the public. Since transmission via the telephone line was still unreliable, one had to make prior reservations for a telephone call with the company centre where a telephone booth had been set up.

The disadvantage of the shortwave connection was that the conversations could be monitored on any ordinary shortwave receiving device and were therefore not private. At that time there were only a few shortwave receivers in Suriname making this inconvenience quite acceptable to the public. 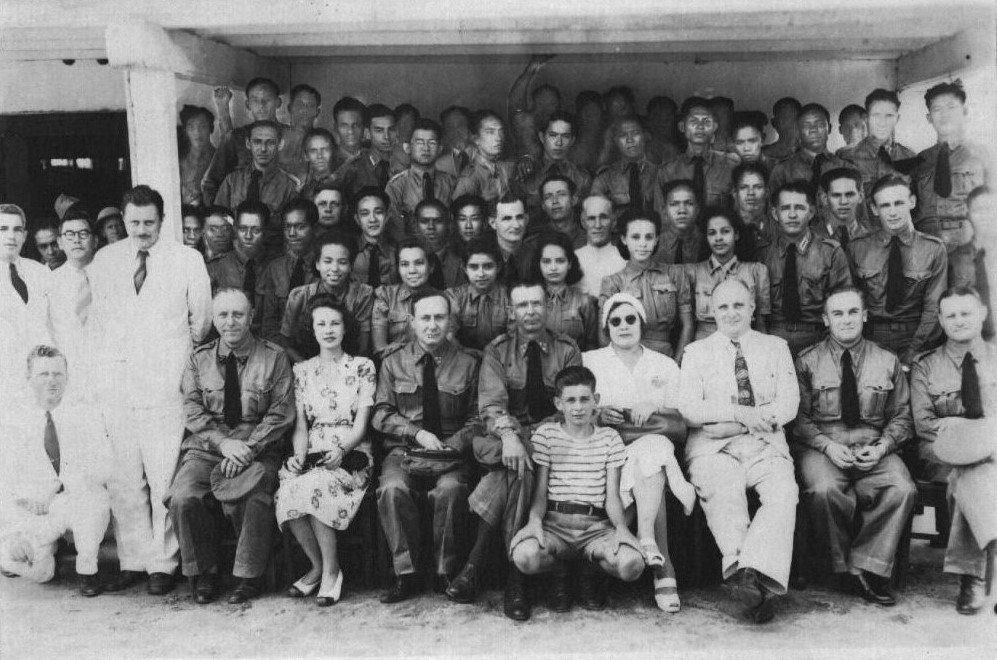 The LRD in war time
When the Netherlands was overrun by the Nazis in 1940, the Dutch government fled to England and the connection with the Netherlands was interrupted. The immediate concern of the LRD was to restore this connection as soon as possible. Via the Radio Corporation of America in New York, contact was made with the English telegraph administration in London. Within a few days the connection with Europe was restored.

At that time Suriname’s bauxite was vital to the Allied forces as the majority of the Aluminium used in war planes was extracted from Suriname’s bauxite ore. To protect the bauxite supply chain a number of American army units were stationed in Suriname. Due to this large number of Americans in Suriname, telegraph traffic with New York increased drastically. New telephone transmitters were ordered from the USA, put into use and enabling a lively radio telephone traffic.

The entire LRD staff, from director to telegram operator, was put in green uniform with the appropriate military rank, while the functions of radio receptionists and administrative staff were assigned to the female corps. The military liaison department was incorporated into the LRD along with some fifty conscripts. They received telegraph training to secure the occupancy of the numerous military stations and the lightship. After demobilization, many of these servicemen and women entered into service with the LRD which was merged with the National Telephone Service on 1 May 1945, under the new name Lands Telegraaf and Telefoondienst. 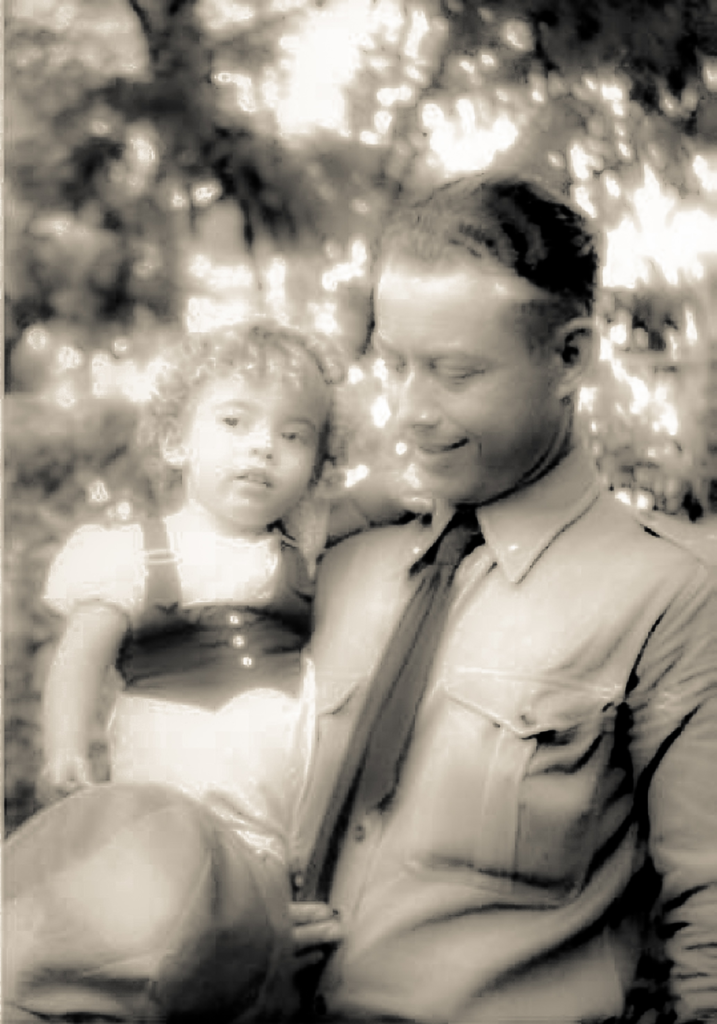