The diversity of cultures in Suriname is expressed through multifarious ways: cuisine, arts, fashion and especially dance. The Indian heritage in Suriname, for example, is very prevalent in our culture through their cuisine, history and also dance. Their traditional dances are performed in local theaters and during festivities. 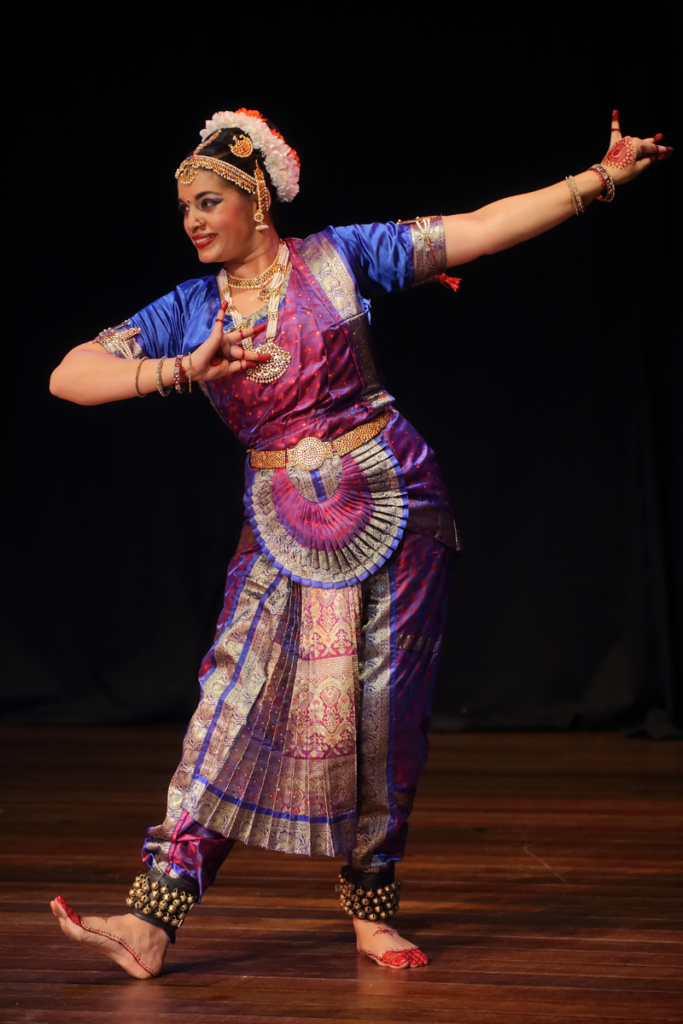 Lakshini R. Radhoe, a Surinamese Indian classical dancer, in 2016 realized a dream of 15 years by performing the Bharata Natyam Arangetram. Arangetram is the first official traditional Indian classical dance performance of a student (“arangetram” literally means performing on a stage or achieving a milestone). During this performance, the student will be introduced by a guru as an independent dancer.

Bharata Natyam
Bharata Natyam, a traditional form that originates from Tamilnadu, South India, is known for being a gracious and with very technical movements, pureness, emotions and breathtaking poses. Bharata Natyam was traditionally only performed by Devadasi’s in temples. The word “Devadasi” is derived from a philosophical language of Hinduism and symbolizes a girl that is “dedicated” to worship and serve a deity or a temple for the rest of her life. When the government forbade the occupation of being a Devadasi however, this dance style’s existence was threatened and would presumably be banned. 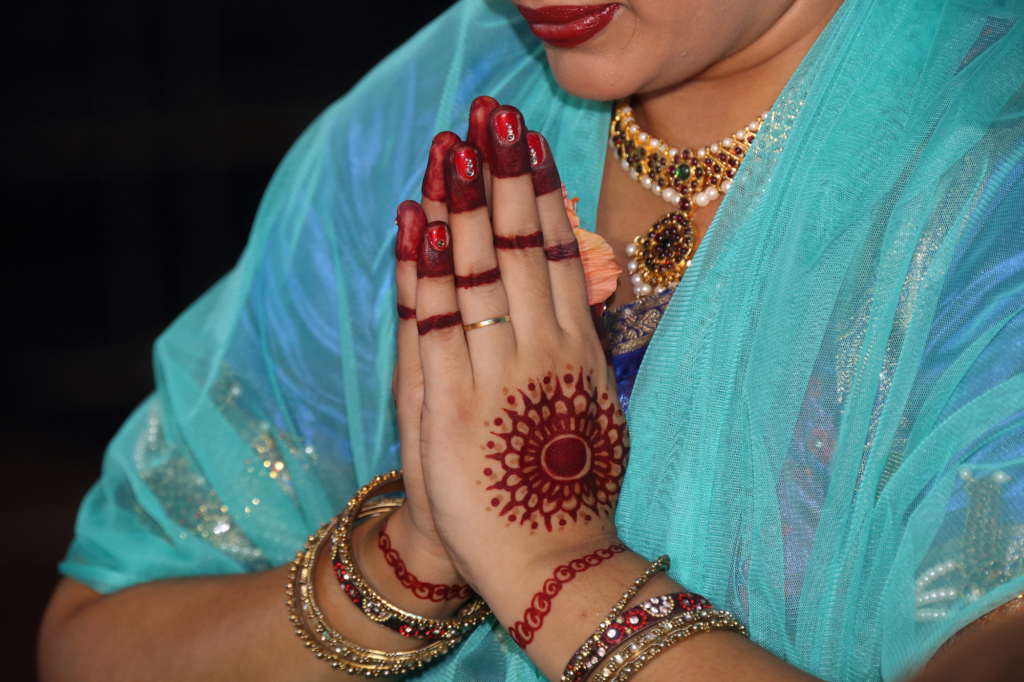 Fortunately, decades later, new life was brought to Bharata Natyam; since then it is known as an artistic dance style that has been performed in theaters, temples and all over the world.

From a young age, Lakshini was interested in Indian Classical dance. In 2001, she was taught this dance style by a local guru named Kavita Ramphal. Lakshini only knew of Indian dance through television performances and had not yet heard of the Bharata Natyam. Her foundation was laid for this dance with guidance of Guru Kavita. In 2006, she had the honor of continuing her journey to perfect the Bharata Natyam. Under the guidance of Guru Madhoerie Jagmohan, she was able to take part in various big dance productions from the dance school Madhoerie.

During the period of perfecting her passion, she also started studying law at the local university of Suriname and successfully finished her studies in 2007. She began her professional career as a registrary clerk at the civil cantonal court of Suriname. As if this wasn’t enough, this driven and ambitious woman continued to acquire an educational certification which would enable her to share her knowledge in a child friendly manner. With this enriched knowledge and after 15 years of contributing to the sustainability of Bharata Natyam in Suriname, she ensured that this dance style maintains in Suriname by having become a dance assistant at the dance school of her guru. Along with her assistance, they were able to introduce the Bharata Natyam in one of the districts of Suriname. 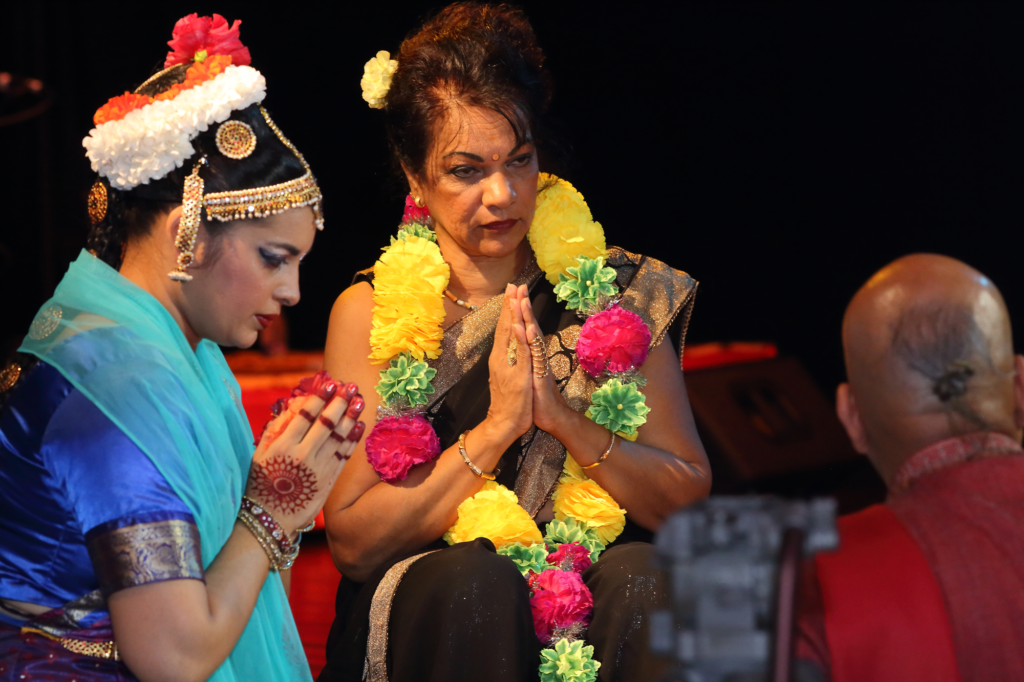 Lakshini’s dedication, preservation and also the honor of being professionally trained by her guru, Madhoerie Jagmohan, enabled her to advance in the traditional Indian dance Bharata Natyam. To this day, Lakshini gives all credits to her guru who educated her with a lot of patience and love.

Guru Madhoerie Jagmohan emphasizes that this form of dance must be transcended from inside out. One’s love must be expressed when performing this dance; the more this is done, the more intriguing the performance will be.

From a young age guru Madhoerie knew she would make dance life’s passion. In 1978, she was taught the North Indian dance style Khatak by Guru Abdoel Gafoer Kawa from Jaipur and by Guru Master Veeru.

She quickly discovered the Bharata Natyam and knew this dance style would become her passion. It was important for her to share this passion with others. In 1987 her Arangetram, under guidance of Guru Smt. Rajamani from Bangalore and Guru Smt. Liesbeth Bennink from Holland, was realized. Madhoerie opened her dance school in Holland which was named the “The Indian Dance School Madhoerie”. Madhoerie Jagmohan can be noted as one of the pioneers of the Bharata Natyam in Holland. She is also the pioneer of Bharata Natyam in Suriname. In 1997, she single-handedly introduced this form of dance in Suriname during a four year stay which was commissioned by an organization named HIMOS. HIMOS is a Hindu-Muslim non-profit organization which develops and coordinates projects in Third World countries. 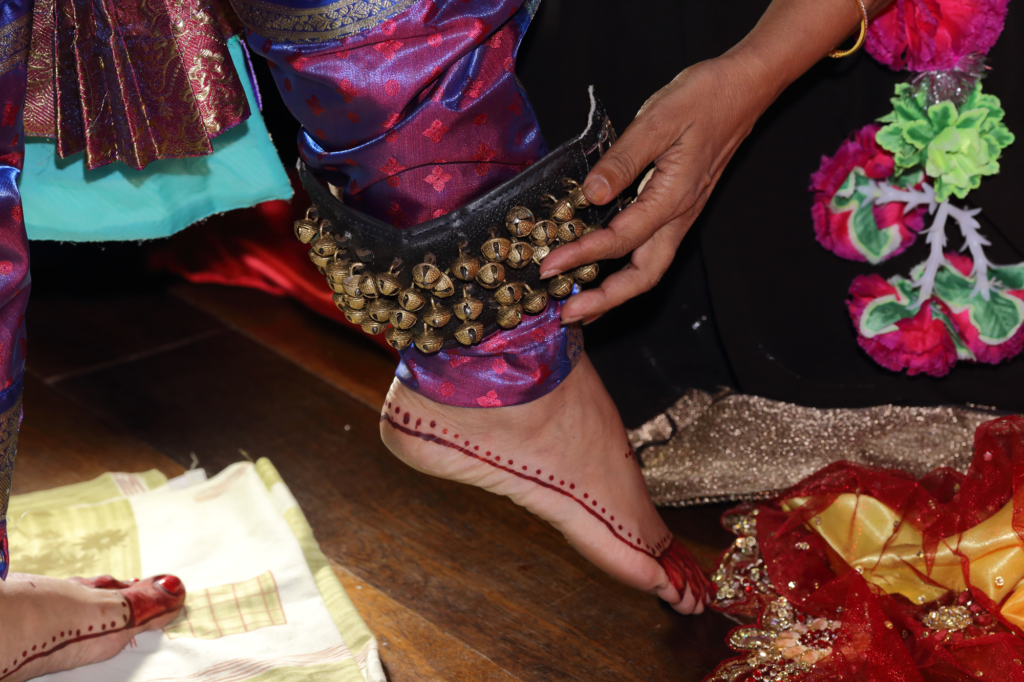 The organization sent Madhoerie to Suriname to introduce the Bharata Natyam. On a yearly basis, performances are done by students and the choreography is mainly done by Madhoerie. She eventually passed her dance school in Holland on to her daughter, Aartie Jagmohan.

A few of the milestones that she has achieved are television performances and working on television performances in various countries, such as Holland, other European countries, India, Trinidad and Tobago and Suriname. One of her greatest accomplishments has been performing in Chidambaram in South India. Chidambaram is a town and municipality in Cuddalore district in the Indian state of Tamil Nadu. The performance was held in the Shiva temple, where it is believed that Shiva himself also performed a thousand years ago. 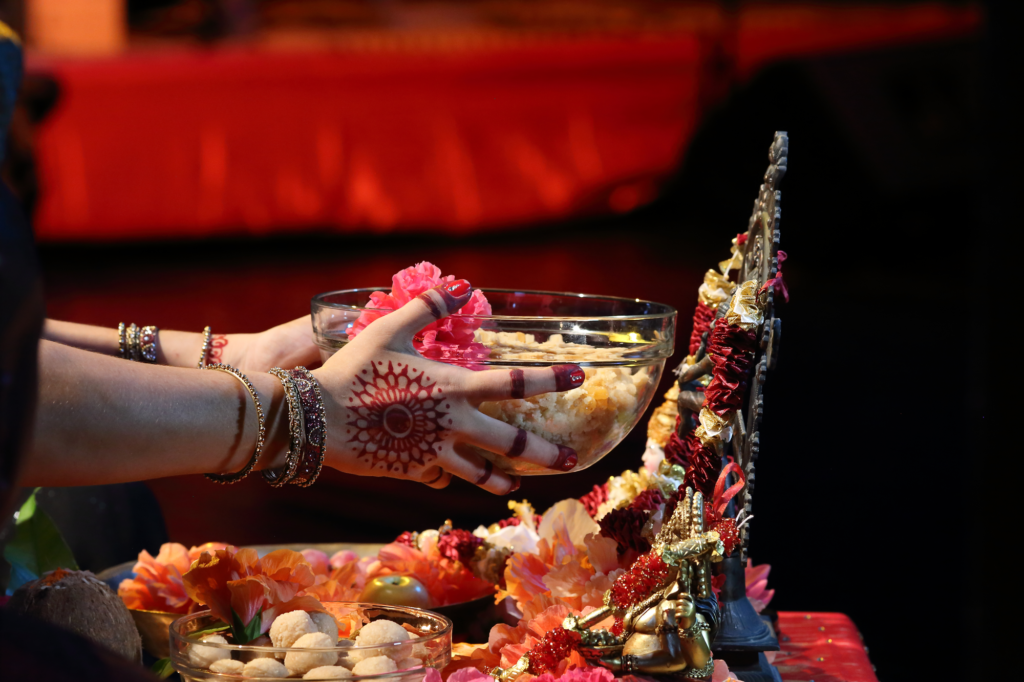 Lakshini’s dreams became a reality after 15 years of perfecting the dance and was finally able to perform her Arangetram. It was not an easy journey; there were moments that she felt like giving up. She was greatly in need of guidance to perfect this dance and she received this from her guru Madhoerie, who brought her to the point of performing her Arangetram. A dance style that will not be lost in Suriname’s rich history of cultural diversity. 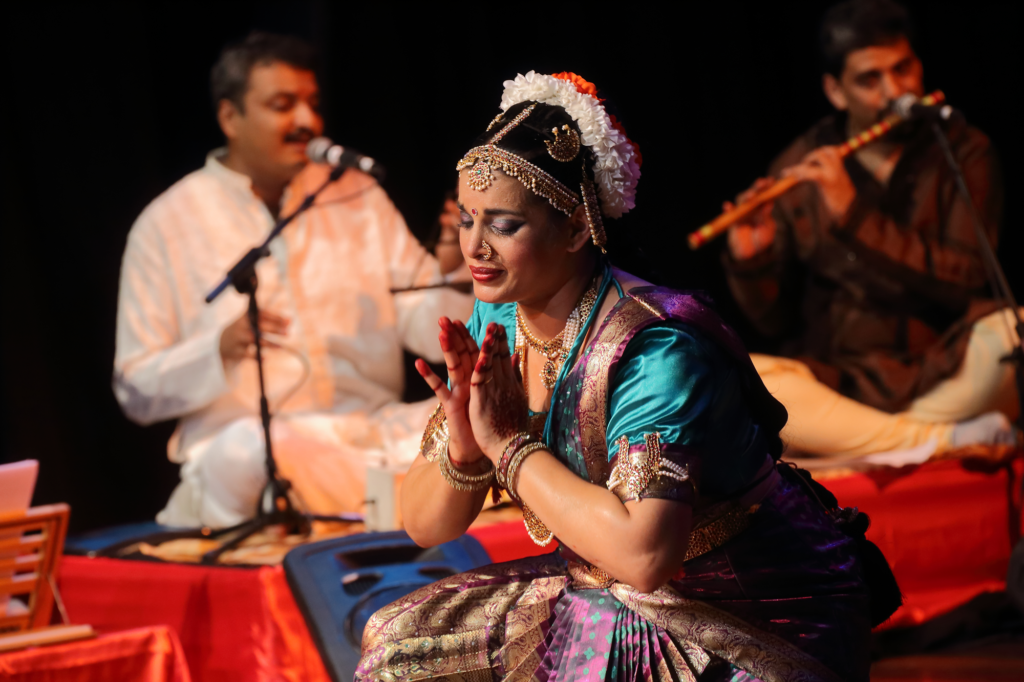