It is almost that time of the year again, sea turtles come from miles away to lay their eggs on the shores of Suriname. Together with a housemate and some family members of his, we took off northbound. From Leonsberg we got into a boat and sailed around for about 1,5 hours in the Commewijne River. On this river one has the possibility to spot dolphins, and on this day we were the lucky ones! Everywhere you looked they could be seen swimming , they even sprang right near and in front of the boat. Although it is rather difficult to capture a jumping dolphin on camera with a simple smartphone, we were successful! It was incredible to see so many wild dolphins. 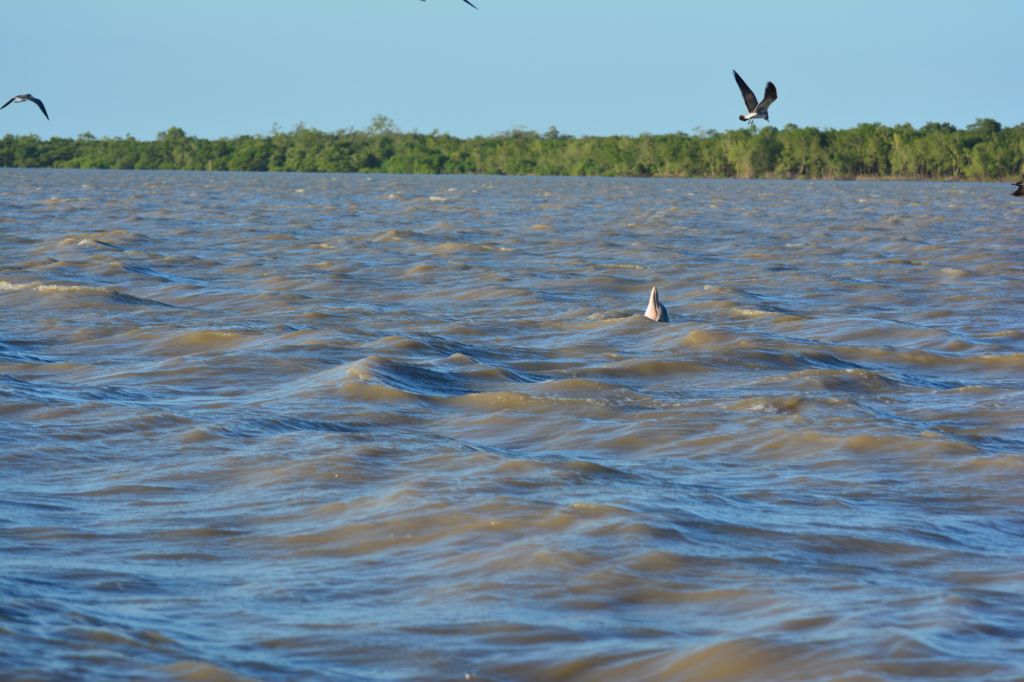 And then to think that spotting dolphins was not even the main purpose of going on this trip. We were on our way to Braamspunt. This is a sand tongue that looks pretty much like an island and the world’s largest sea turtles show up on this beach to lay their eggs. It is the breeding season at the moment, thus broken eggs can be found on the long beach. And if one gets very lucky, there is the possibility to spot a newly born sea turtle that is making its way towards the sea.

We walked around on the beach for about an hour before it got dark. In this hour we were constantly searching for small and large sea turtles, but sadly we could not find any of them. We thought this was too bad and went back to the boat to have dinner. Once we arrived back at the boat, our guide told us that the sea turtles only show up much later when it’s dark out for a while. Before we got to walk around again in the dark, delicious typical Surinamese dinner was served. We were sitting in the boat, watching the sunset and enjoying the Javanese cuisine.

We shared some more stories with each other in the boat, and after an hour we decided it was time to go find some huge sea turtles for real this time. What had been said was true: sea turtles usually show up on the beach when it is dark outside. It did not take long for us to encounter the first giant sea turtle. She was truly enormous! We were all very enthusiastic and carefully taking pictures of her. Without the flash on, of course, as this blinds the animals and is strictly forbidden. The guide laughed at our enthusiasm and told us this was nothing yet compared to what we were about to see next. 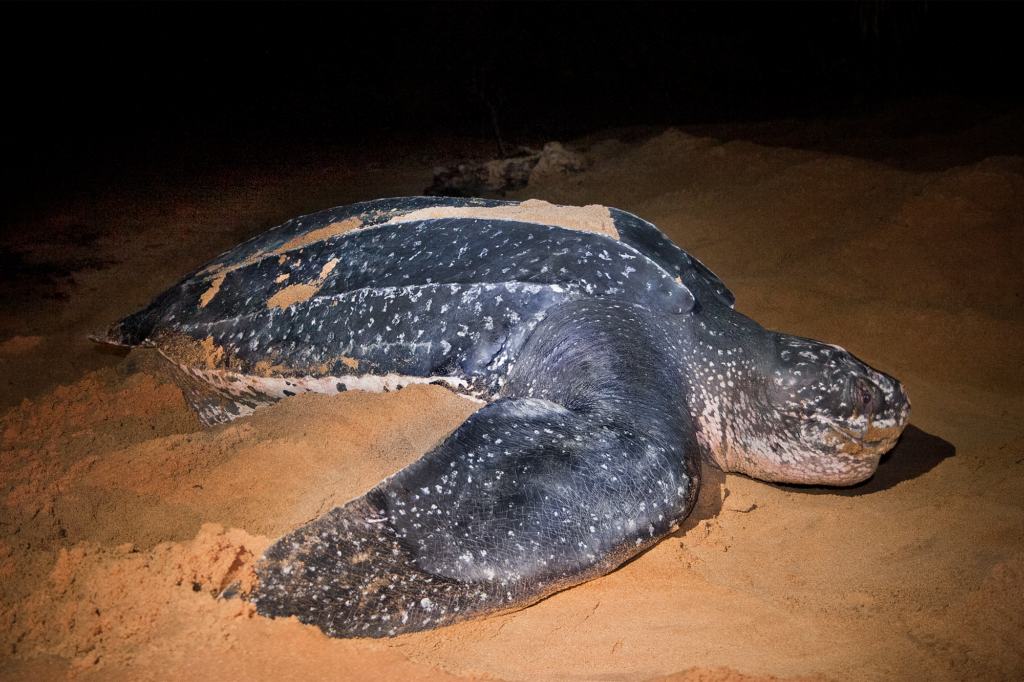 Merely 15 minutes later we saw a huge sea turtle coming out of the sea only about 100 meters away from us. She seemed to be about two times the size of the large sea turtle we already saw. Our guide informed us that this was the biggest one at the moment and she appears on the beach almost daily. This meant she already had made her own nest and quickly knew how to find her nest. As a result, this made her finish faster than the other sea turtles. Well, ‘’faster’’… Turtles are not quite one of the fastest animals, so we were able to admire her for about an 1,5 hours.

Thereafter we continued walking and came across a green sea turtle, as well as a leather-back turtle. This one was busy laying her eggs. The guide gave us his red light flashlight and we were allowed to take place a bit behind the turtle one by one. When sitting behind the large turtle and shining the light, one could literally see the eggs falling into the dug nest one by one. This was exactly what we wanted to experience on Braamspunt and it was an exceptional experience! After laying her eggs, the sea turtle buried her eggs and this is a very time consuming process, but joyful to see. Firstly, she slaps sand to the back with the help of her forelegs, followed by spreading the sand with her hindlimbs. After all of this, she also creates a fake nest to fool predators and hunters. Thanks to this method, more new-born sea turtles make it to the sea alive. Although, even after escaping such predators, this is a real challenge as the sea is dozens of meters away from them and they are as small as golf balls.

As we walked towards the boat once again (it was already past midnight), we closely looked around one last time. We could easily count at least five enormous sea turtles. One was busy preparing her nest while another was already crawling back into the sea with a lot of effort. We had experienced it all of this on Braamspunt in one day and it was fantastic! 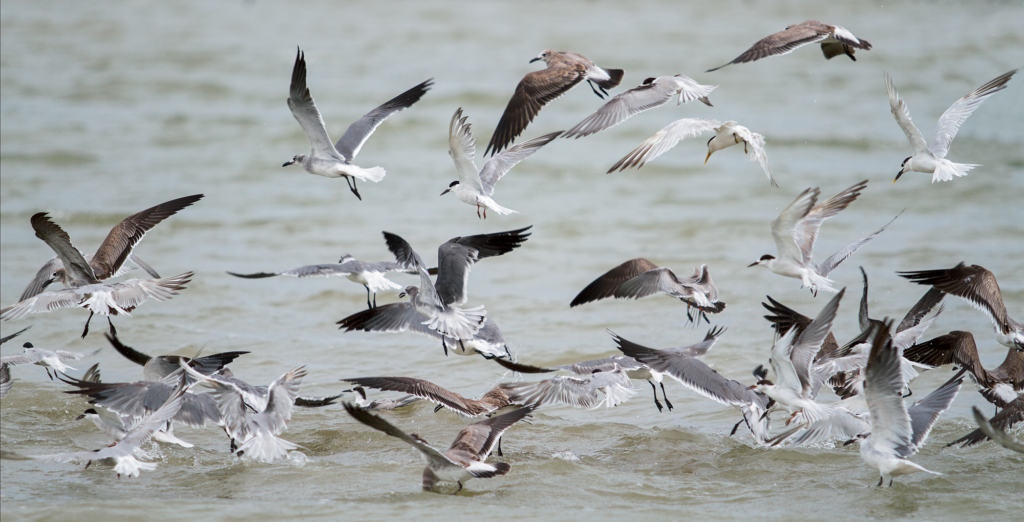 If anything is exceptional in this country, it has to be the incredible untouched nature. Blanche Marie with its magnificent waterfalls, Galibi’s nature reserve, Bigi Pan’s lodges located on the water and the bird spotting, the incredible mountains with insanely extraordinary views over the rainforest… The list goes on. Suriname contains some true gems. If only more people knew what they were missing out on! Gran tangi (Thank you) for reading and Mo syi! (Until next time!).