Fort Zeelandia is part of the UNESCO world heritage site in Paramaribo and contains a fortress and several small white wooden colonial houses, which were the former officer’s residences or also known as ‘the Jantjes’. All are located in a park along the Suriname River. 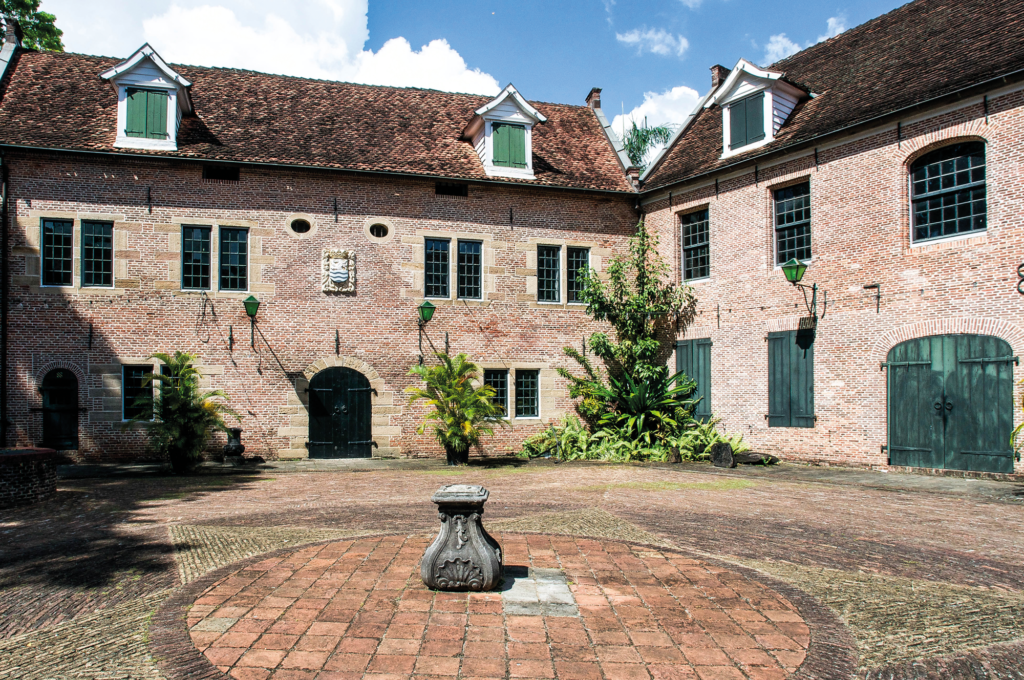 Currently Fort Zeelandia lies in the heart of Paramaribo’s area along the waterfront between the vibrant hotel and restaurant area and the historical Waterfront with the colonial white wooden houses and more intimate outdoor bars under the shade of the old trees. It forms a quiet and green transition area that houses several cultural organizations such as the Surinamese museum and the Surinamese heritage foundation. The fortress is also the setting for the famous Baka Foto restaurant. A stroll down the history of the Fort will make that Fort Zeelandia is not only a pleasant area in the city, but it is also a prime monument as it forms the origin of the city and was the scene for several key moments in the history of Suriname. 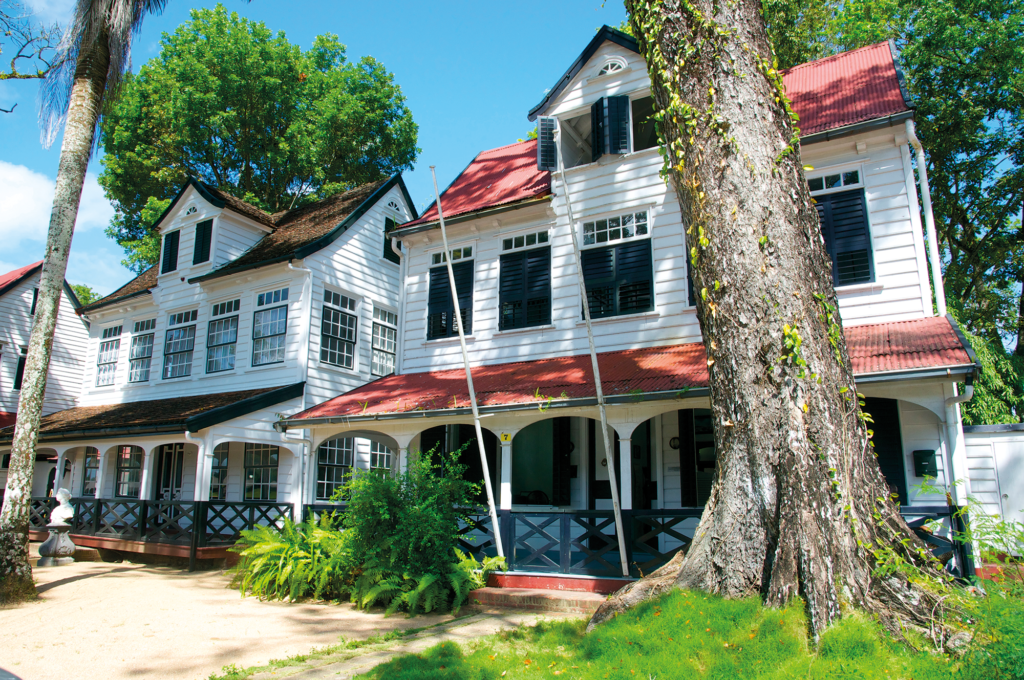 The first planter arrived in on Surinamese soil in 1613, at that time the area was part of the Wild coast of Guyana, situated between de Orinoco delta and the northern part of the Amazon lade. The Dutch tradesmen had a small fortified trade post near the Suriname River and the Indian village Parmurbo or Parmarbo. With the arrival of the English settlers the history of the plantation history takes off. For the establishment of the agricultural colony, the English Francis Willoughby used the settlements of the first Dutch traders. The English reinforced the concurred wooden fortress and called it Fort Willoughby. The fort formed the protection against hostile intruders on the plantations in Upper Suriname and the city of Torarica further down the river. Although Torarica was then the prime settlement in the area, soon the favorable location of Fort Willoughby made governor Byam move its offices to the fort in 1665. This was the beginning of the development of an actual settlement around the fort.

The Englishmen continued to colonize the coastal zone and kept it under their command until 1667. At that time the colony contained 175 plantations and was inhabited by more than 4000 colonizers and slaves. The Dutch, under the lead of Abraham Crijnssen, concurred the area during the second English – Dutch war. At that time Suriname was under the varying rule of the English and the Dutch. There were multiple battles to own the fertile colony. Due to the peace negotiation of Breda, the second English – Dutch war was terminated in favor of the Dutch. The Dutch received the much promising colony of Dutch Guyana, and the English became the proud owners of the colony of ‘New Holland’ which included the settlement of New Amsterdam, now known as New York. The Dutch renamed Fort Willoughby Fort Zeelandia, a name that was more fortunate than their new name for Paramaribo, which was New Middelburg. Due to its prime location within the coastal area, the city of Paramaribo could develop without the need of city walls. The city developed in the western direction from Fort Zeelandia, following defense principles and the ridge and swamp structure.

The fortress itself underwent many changes throughout the years. Papers dating from 1667 mention that the small fortified building had grown out into a five bastions fortress with a rampart connecting the bastions. These were reinforced with palisades, that were not high enough as yet, except for the parts facing the river. Clearly the fortress was not yet considered to be completed. An inventory in 1694 mentions a low parapet against the walls from where a low aimed fire can be shot. It also mentions a moat at the land-side of the walls, which could be filled but with rainwater and thus often laid dry, an earthen wall against a second moat that stood dry during low tide. In between the moats there was an area on which several sheds stood, housing functions such as a bakery and a carpenter. In 1710 the inner moat had all but vanished except for two mud pools. Even though the attack on the plantations in 1712 questioned the value of the fortress, a plan was made in 1715 to reinforce Zeelandia. But when Fort New Amsterdam was built in 1747, the fortress definitely lost its defensive purpose. Bastions 1 and 5 on the land – side were demolished in 1781, ten years later bastion 4 followed suit. The materials were used to protect the riverbanks, which were from the very start prone to erosion by the currents. The emphasis of the area now turned to the function of a garrison with barracks and storage buildings. From these times date the reconstruction of the stone buildings. Part of the outer moat was filled up; the new victuals storage (Building 1790) was built on top of the filled moat. 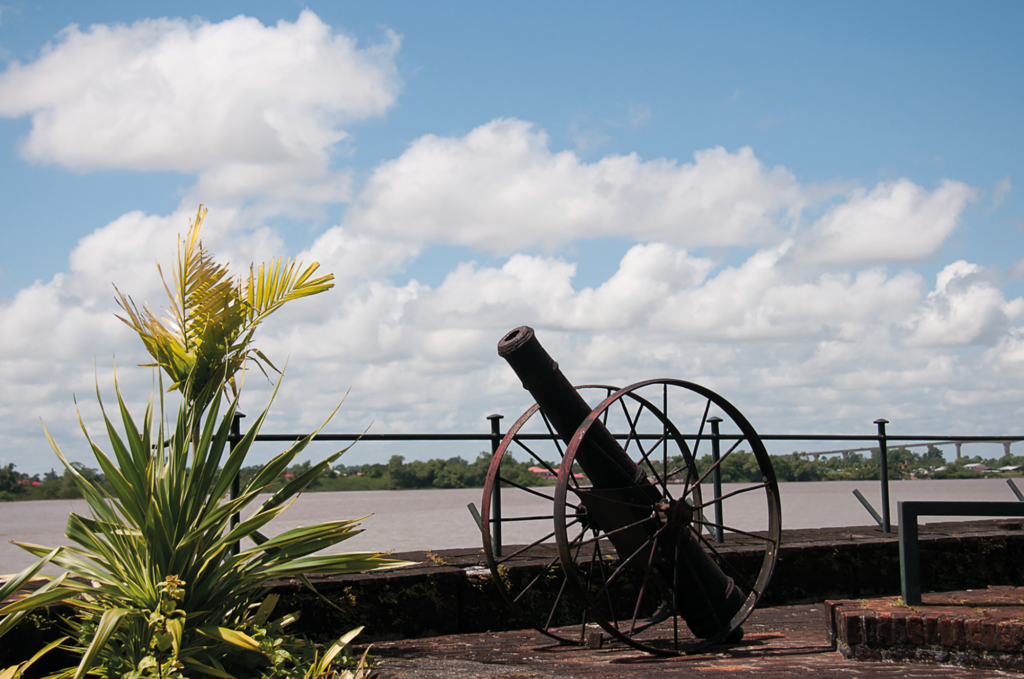 A new watch-house was constructed, with a tower which for the next 50 years was the landmark of the area. The function of prison was also worked on by improving the cells, by e.g. replacing the stone floors by wood. Since 1838 the stone fortification mainly served as a prison. Around the turn of the century (1900) Officer’s houses were built next to the Fort and finally the facilities for water were improved: storage basins for rainwater were constructed and draining was placed.

In 1962 the government decided upon a thorough restoration, after which the buildings would mainly get the function of a museum. The prison was moved to Santo Boma. The renovation started in 1968 and was completed in 1972. The stone fortification was painstakingly renovated in the course of which old constructions were uncovered. The bastions 2, 3 and 4 were restored and two small buildings on bastion 2 demolished. The buildings in the courtyard were worked on extensively. “Building 1970” on the outer yard was also renovated in order to house some ministries.

During the military period in the 1980s the fortress regained its military status and was used as headquarters for the military forces. After the reinstatement of the democracy, the fortress slowly transformed into its cultural function as we know of it today. The officers houses have all been restored are now brilliant and well preserved examples of early colonial architecture. The Building of 1970 is the only construction in the site that is in bad shape, but even as a brick ruin, it is a landmark within the area. The entire area is definitely a must see when visiting Paramaribo. 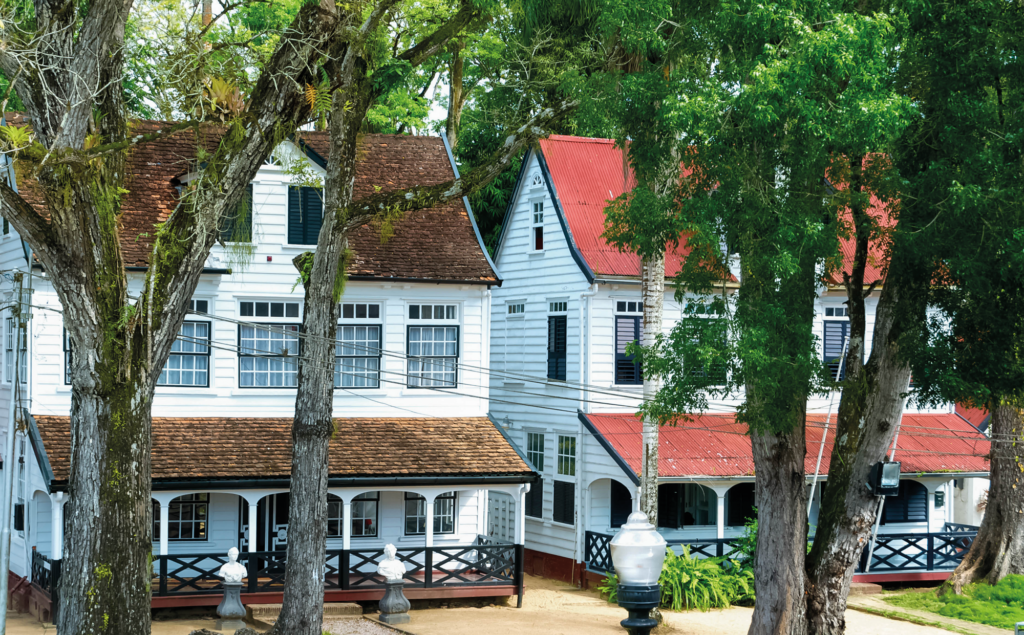