The white-faced saki (Pithecia pithecia), called the Guianan saki and the golden-faced saki, is a species of the New World saki monkey. They can be found in Suriname, Brazil, French Guiana, Guyana and Venezuela. This species lives in the understory and lower canopy of the forest, feeding mostly on fruits, nuts, seeds, and insects.

Although they are arboreal creatures —living in or among trees— and are specialists of swinging from tree to tree — which is called brachiation — They will also spend time foraging on the ground and at low levels in the understory foliage (3 to 15 m). 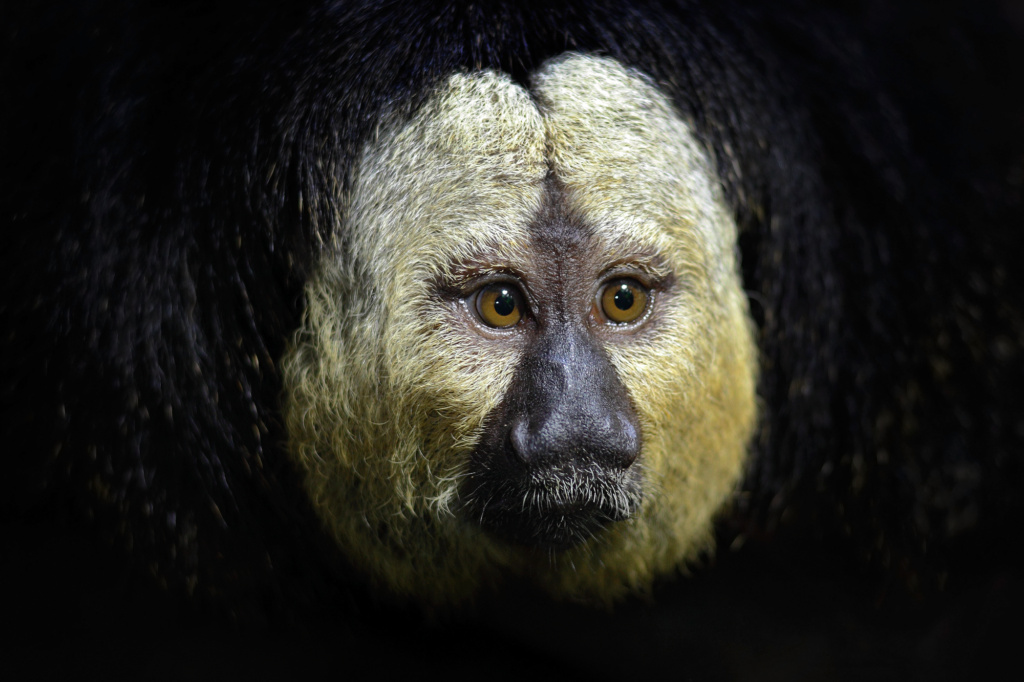 White-faced sakis typically live around 14 years in their natural habitat and have been recorded to live up to 36 years in captivity. Sakis are active in the day and sleep highly elevated (15-20m) in lager trees in the canopy with a wealth of foliage for cover from weather and predators. In the face of danger, white faced sakis will emit warning calls to others or freeze if in the canopy in an attempt to move down where they are out of sight.

The predator response of the sakis are due to what type of threat they are facing: if a smaller, easily overpowered threat, the group will participate in a behavior called “mobbing” to scare the predator away, but if the threat is larger, such as an eagle, they will refrain from warning calls and descend out of sight into the lower canopy. Other terrestrial and aquatic predators include the tayra, jaguars, green anacondas, ocelots, red-tailed boa, and even large mustelids, which are usually threats to the young and elderly. A pair often mates for life, and they are very devoted to one another.
Like 0 Facebook 0 Twitter 0 Pinterest 0 WhatsApp 0 Email 0
Facebook 39,500Fans
Scroll to top
Close
© Copyright 2021 | Popular Media Group | All rights reserved
Close
Browse Categories