Poison dart frogs, members of the Dendrobatidae family, wear some of the most brilliant and beautiful colors on Earth. Depending on individual habitats, which extend from the tropical forests of Costa Rica to Brazil, their coloring can be yellow, gold, copper, red, green, blue, or black. Their elaborate designs and hues are deliberately ostentatious to ward off potential predators, a tactic called aposematic coloration. 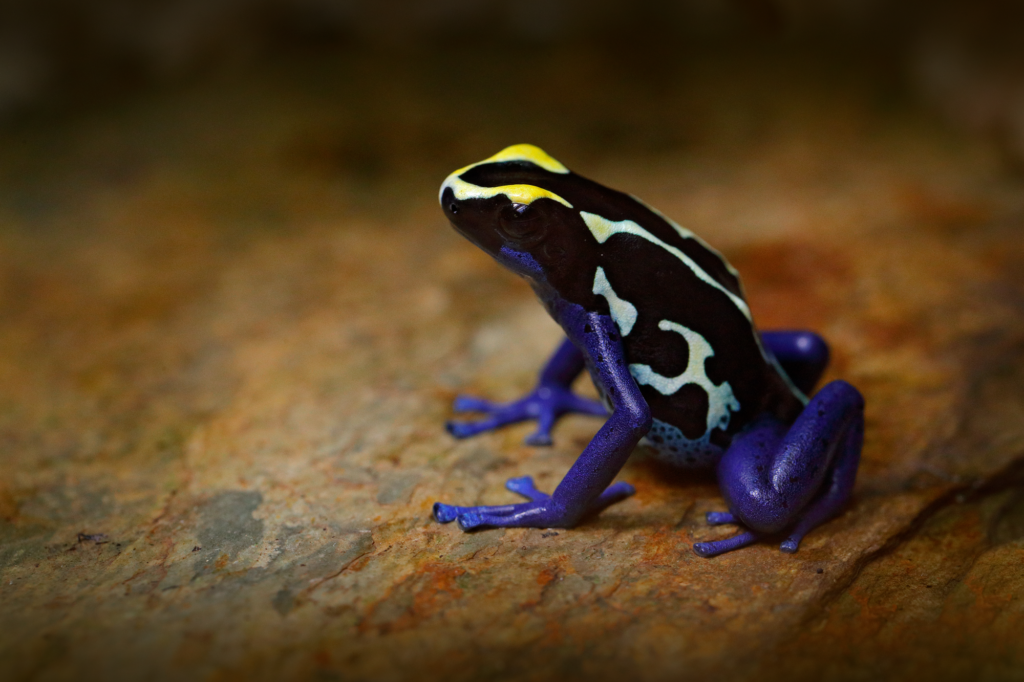 Dendrobatids include some of the most toxic animals on Earth. The two-inch-long golden poison frog has enough poison to kill 10 grown men. Indigenous Emberá people of Colombia have used its powerful poison for centuries to tip their blowgun darts when hunting, hence the genus’ common name.

Scientists are unsure of the source of poison dart frogs’ toxicity, but it is possible they assimilate plant poisons which are carried by their prey, including ants, termites and beetles. Poison dart frogs raised in captivity and isolated from insects in their native habitat never develop poison.