Great boost for North Commewijne’s tourism development with the restoration of the historical bike path.

Entrepreneurs and residents of North Commewijne are getting ready for an enormous revival of the tourism sector for resorts and plantations on the right coast of the Commewijne river. The process commenced on Wednesday with the signing of a “public investment” contract for the rehabilitation of a historic bike path which passes through various locations. Some of these are: Rust en Werk, Margaretha, Frederiksdorp, Mariënbosch, Kroonenburg, Mon Souci, Hecht en Sterk, Constantia, Bruinendaal up to Bakkie/ Alliance. Repair of damaged bridges on this route has also been included in this project. The contract was signed at Frederiksdorp by Ms.Reina Raveles (director at the Ministry of Trade, Industry and Tourism) and Sirano Zalman (director of Plantage Resort Frederiksdorp) on behalf of the North Commewijne Tourism Cluster. 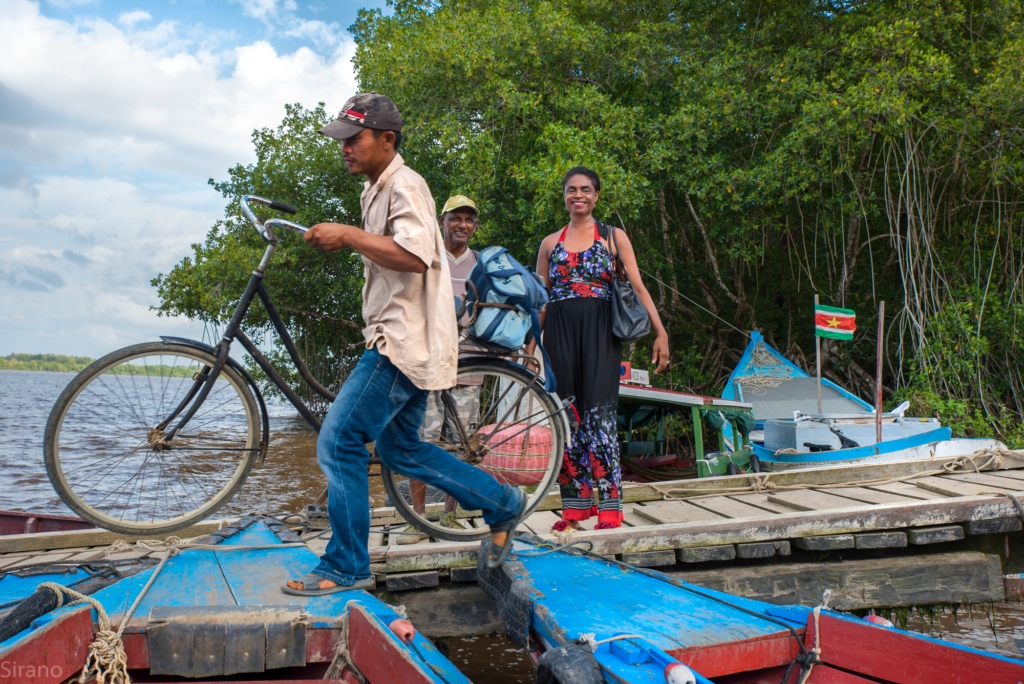 This project has been estimated at more than US$ 338,497 of which US$ 150,000 is being financed by the Pilot Project Innovation for Firms in Suriname (IFS), an activity of the Suriname Business Climate and Innovation Program (SUBCIP). The SUBCIP is financed with an IDB-loan and executed by the Competitiveness Unit Suriname of the Ministry of Trade, Industry and Tourism. Other investors include: Staatsolie NV, Grassalco, VABI and KDV-architects. The Ministry of Trade, Industry and Tourism is contributing the amount of US$ 150.000 as a Public Investment. Completion of this projected is expected 18 months after commencement. This public investment is based on the successful project-proposal of the North Commewijne Tourism Cluster, which meets all the criteria of the Pilot Project IFS. The project is greatly supported by the Surinamese government. Besides Trade, Industry and Tourism’s Minister Stephen Tsang, Minister Roline Samsoedien of Spatial Planning and Land Management, Ms. Iris Sandel who represented the Minister of Finance and the District Commissioner of Commewijne Ajaikoemar Kali were also present at the signing ceremony. The entire coast on the right side of the Commewijne river is a Special Management Area / Multiple Use Management Area (MUMA North Commewijne) which is managed by‘s Lands Bos Beheer (LBB) – the country’s forest management. Eco tourism activities within this area are allowed for further development of the area of North Commewijne. 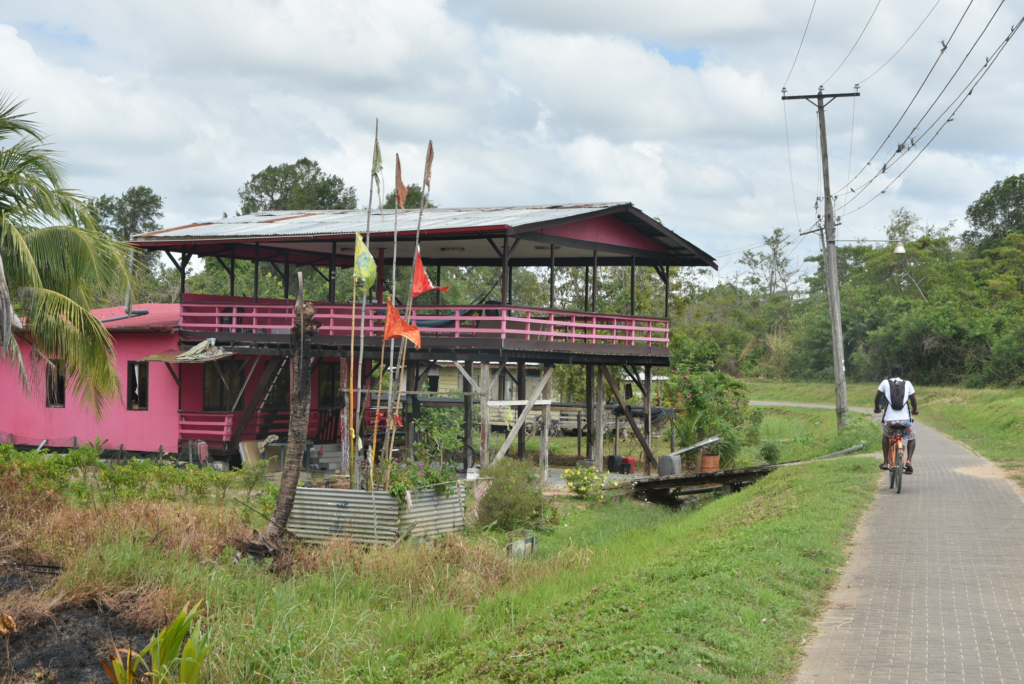 The North Commewijne plantation path has been around for a few centuries, but for more than 20 years now more than half of it has been impassable. The EBS’s (Surinamese Electricity Company’s) masts are present along this path and formally it has continued to be known as the connecting path between the various locations. However, because of the deplorable condition that it’s in, tourists use it less and less. After the rehabilitation of the bike path, it is expected that the number of tourists to visit North Commewijne will increase significantly. Another advantage worth noting which is equally important to the increase of visitors to this area, is the increase in the length of their stay. So, the hope lies in the increase in the amount of visitors as well as the length of their stay. 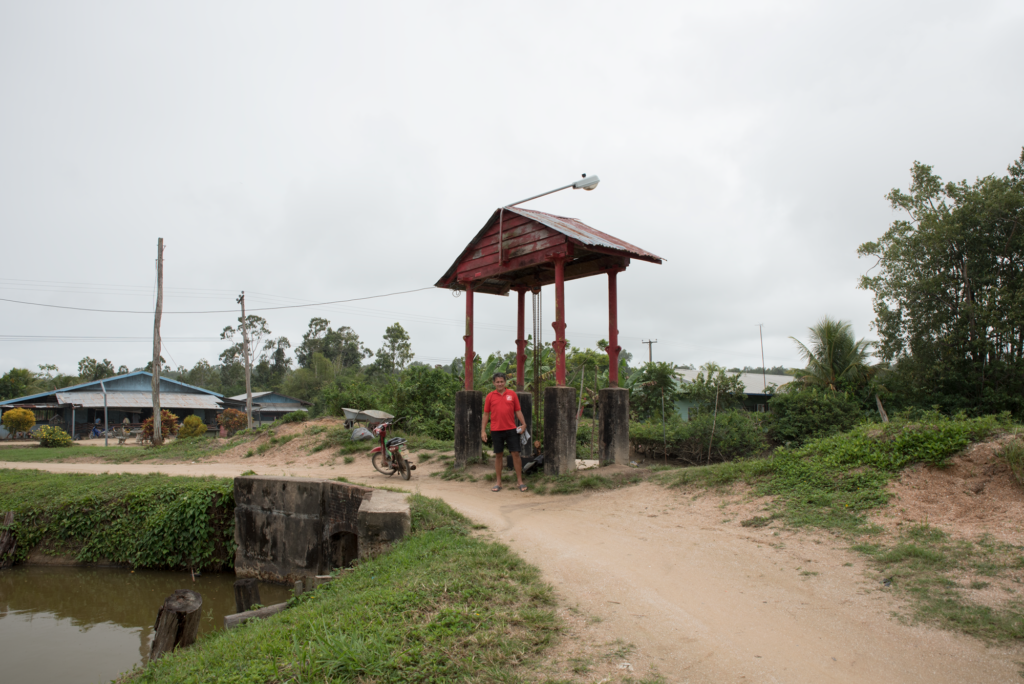 In order to achieve the common goals that have been set, the North Commewijne area will initiate an awareness campaign and the available attractions will be improved. As an old citrus plantation, Alliance plans to invest in tourism information on citrus and the history of this settlement. Frederiksdorp is the only plantation now that’s entirely in the tourism industry, but the whole area provides services in this sector. 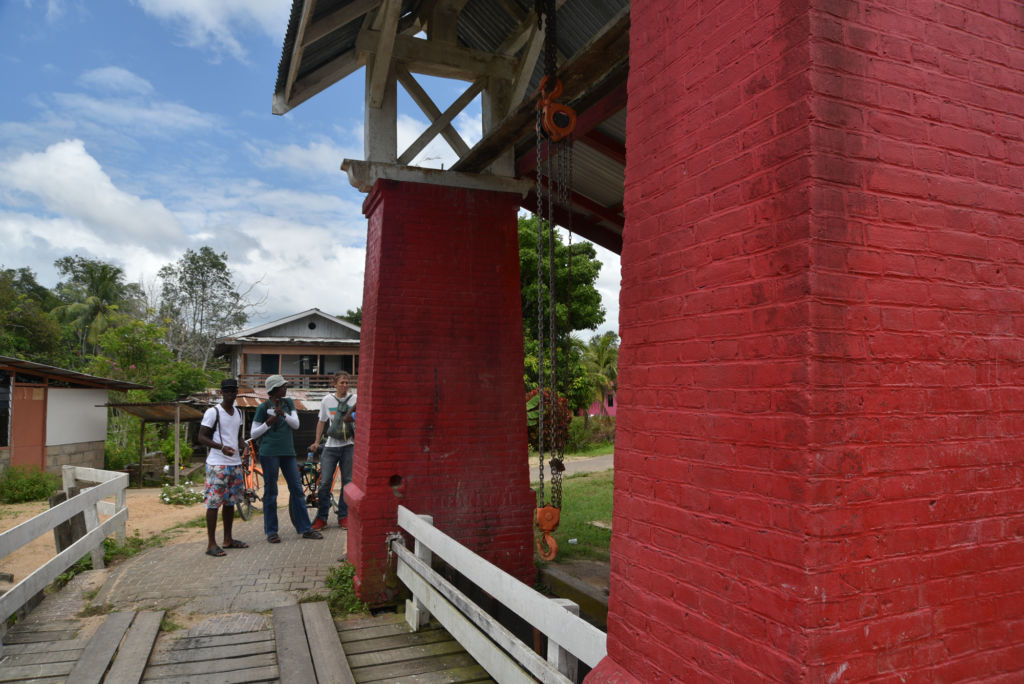 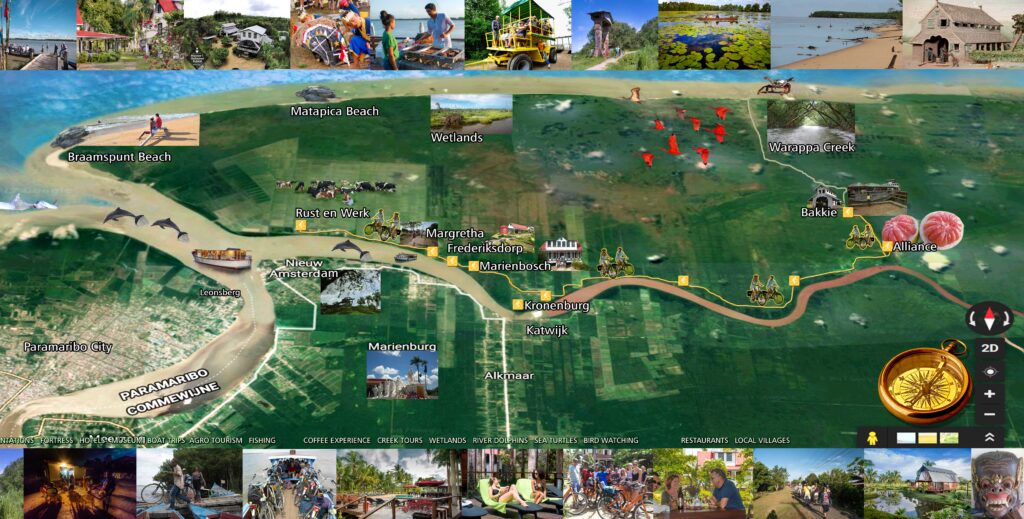