The Self-Reliance of a Village Community

On the banks of the Suriname River, south of the Afobakadam, about 170 km from Paramaribo lies the village of Goejaba. The village can only be reached by boat and counts about 5000 inhabitants. Just across the village, on a stretch of land of about 7 hectares (17 acres), is a jatropha plantation. Villagers extract oil from the seed of the jatropha plant to produce a pure and natural soap of high quality: Guyaba soap

The idea to do something with jatropha oil came about after the Rotary Club Paramaribo had completed a water project in the village. The rotary members involved in that project wanted to enhance the economic development of the village and by doing so reduce poverty.

The intention was to initiate a project in which the community would participate actively. One important condition was that women would also benefit. After investigating various possibilities, a proposal for the production of sustainable biodiesel was developed in cooperation with the Stichting voor de Ontwikkeling van Goejaba (Goejaba development Foundation). 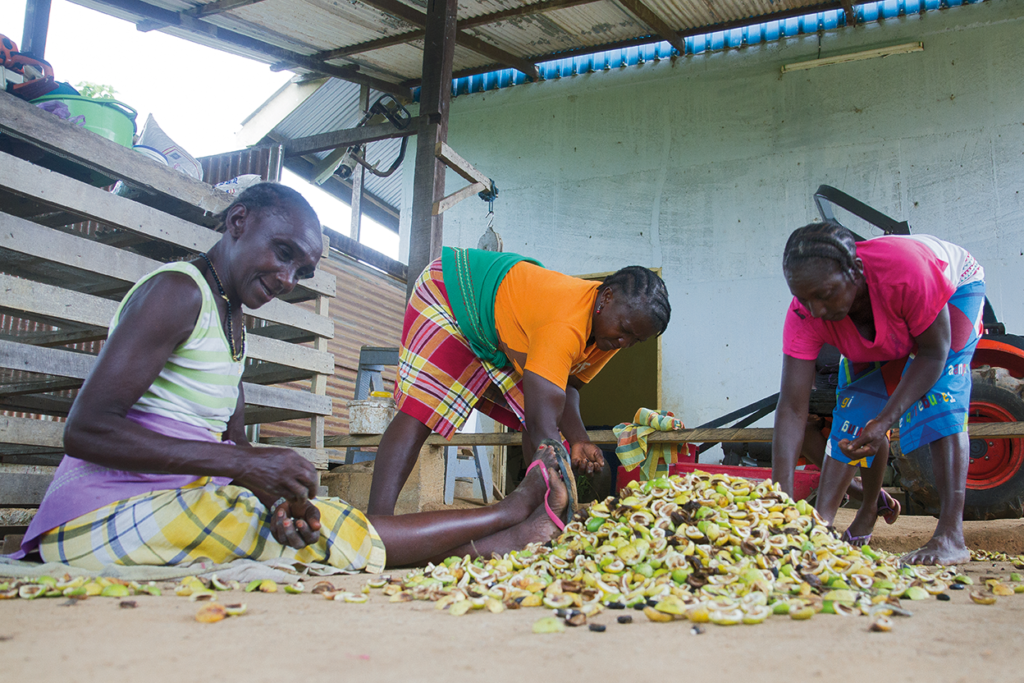 The steps taken
Inland locals were already familiar with the jatropha plant. They use its seeds to make oil. It was grown on a small scale, but if the planting acreage could be enlarged, production would also increase. And thus the idea was born to do something with jatropha oil. The objectives of the project were numerous; providing employment in a factory, creating income by supplying jatropha seeds and reducing the areas needed for slash-and-burn farming by inter-cropping among the jatropha plants. Furthermore the aim was to develop necessary business knowledge by providing technical assistance and giving coaching. The project was set up in two main elements; production facilities and the plantation. The Rotary Club Paramaribo took on the production facilities whereas the Goebaja Development Foundation was to develop the plantation in cooperation with the village community. The Anton de Kom University was very helpful in both setting up production facilities and the plantation. Moreover, the university contributed substantially to the development of making the soap.

An extra stimulant
In hindsight the development and maintenance of the plantation proved to be too great a responsibility to be just solely carried by the villagers. Until 2010 villagers kept to made arrangements and a plantation of about 17 acres was developed. All transport by river and sleeping accommodation in the village were provided for. This process however, took quite a while. Moreover, finding financial resources also took its time. Both of which resulted in the villagers losing interest. Fortunately, in 2012 the project received an additional incentive; a grant from UNDP. These funds were used to get the project back on track and to produce a high quality antibacterial soap from jatropha oil. The factory was equipped with two oil presses for the production of jatropha oil. Moreover, a space was set-up to produce the soap. The jatropha areal was cleared, the jatropha plants were pruned and everything is now well maintained. From 2014 the factory slowly began working and eventually the project will be handed over to the local community.

For the time being jatropha soap is produced on a small scale and is marketed by N.V. Pharmport, a Paramaribo based company. At this point the project has reached a point at which it can be self-reliant. For further growth of the plantation more financial resources will be needed. Since the terrain does not have trees but are old slash-and-burn farming grounds the work mainly consist of chopping down bushes, burning the chopped material and clearing away tree remnants and tree stumps. The use of a tractor is indispensable, the rest of the work can be done with machetes and chainsaws. The main operational goal is to develop a plantation of 20 hectares (49 acres). Another objective is to increase the production of jatropha soap to 70.000 pieces (of 80 grams) a year as well as elevate its quality and variety.  According to the company the soap is odorless, antibacterial, cleans very well, doesn’t foam too much and feels nice to the skin. 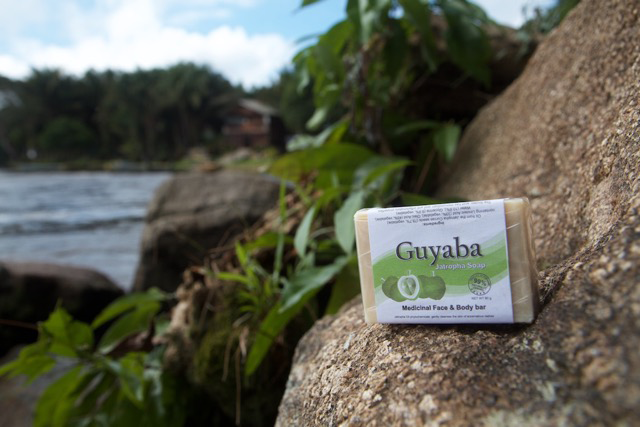 Jatropha soap is a wonderful and green product!