Suriname is proud to be the most forested country in the world. 93% of its territory is covered by primarily pristine forest with a very high biodiversity. As part of the Guyana Shield which borders the Amazon, the Surinamese forest is of global importance for the ecosystem services. It is also of primary importance to combat climate change of which deforestation is one of the main causes. Through conservation of its forest, Suriname is able to earn ‘carbon credits’ for sustainable economic developments. 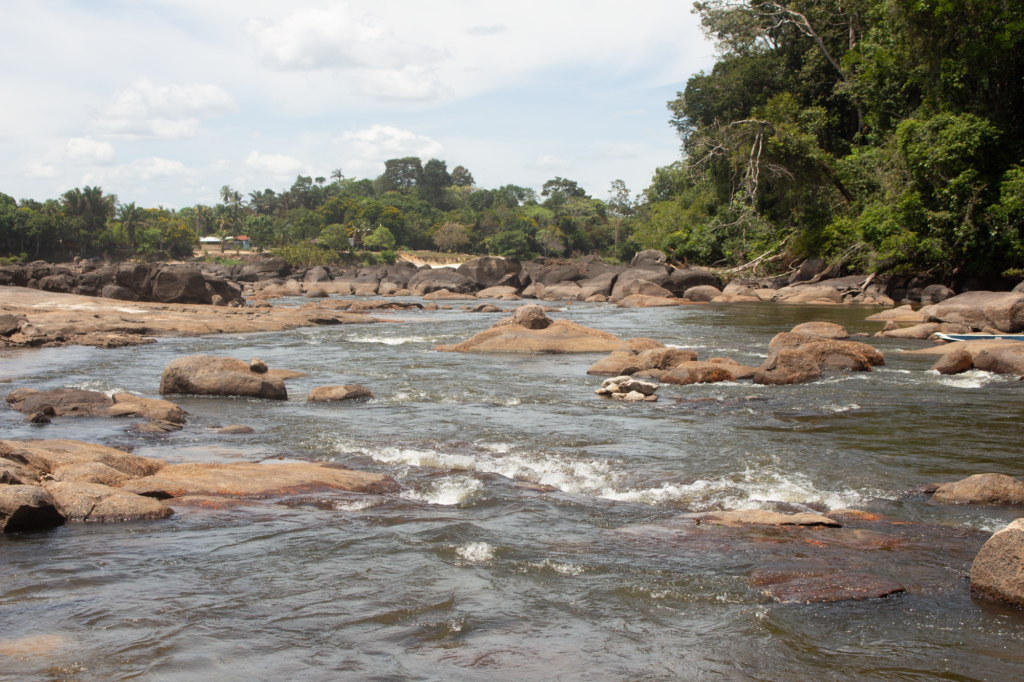 Through global industry, agriculture, transport, consumption and deforestation, large amounts of carbon dioxide (CO 2 ) remain in the atmosphere. This ‘extra blanket’ causes global warming and thus climate change. Trees (and plants) have the crucial task to take up CO 2 during the day. Due to large-scale deforestation, an enormous carbon storage capacity gets lost, releasing CO 2 as ‘greenhouse gas’. 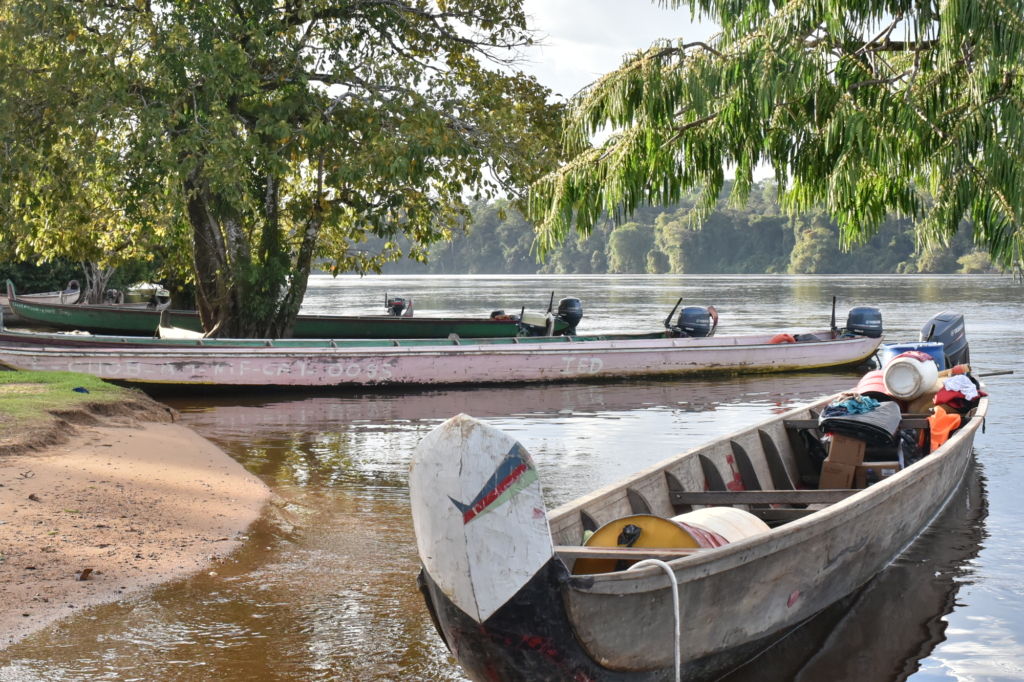 Of the global CO 2 emissions, 20 percent comes from deforestation, in particular in South America, South-east Asia and Africa. The annual deforestation in Suriname which is 0.05 percent, is ‘relatively low’. It is, however, still an alarming doubling, in comparison to 2009 with 0.02 percent. In Suriname, mining is the cause of 73% of deforestation whereby smallscale, uncontrolled gold mining has the greatest impact on the environment. The increasing timber production causes ‘forest degradation’.

REDD+ PROGRAM
Suriname is a member of the UN Climate Change Convention. In 2008, the agreement was made to drastically combat deforestation. A particular appeal was made therewith on forested countries to protect and sustainably manage their forest as much as possible. Suriname’s 15.2 million hectares forest represents nearly 1 percent of the total global tropical forest. Through conservation of its forest, Suriname can make a considerable contribution in the fight against climate change. The REDD+ Program of the UN was established in 2005 to promote the reduction of CO 2 emissions. It stands for ‘Reducing Emissions from Deforestation and Forest Degradation’. The ‘+’ stands for ‘additional reduction’ of CO 2 through sustainable forest management. Countries that exploit sustainable economic activities which also benefit the local indigenous and tribal communities, can be eligible for financing. REDD+ is not against mining, timber exploitation or opening up of land. It is about a balance between nature conservation, economic growth and social development, with a minimal negative impact on the environment. 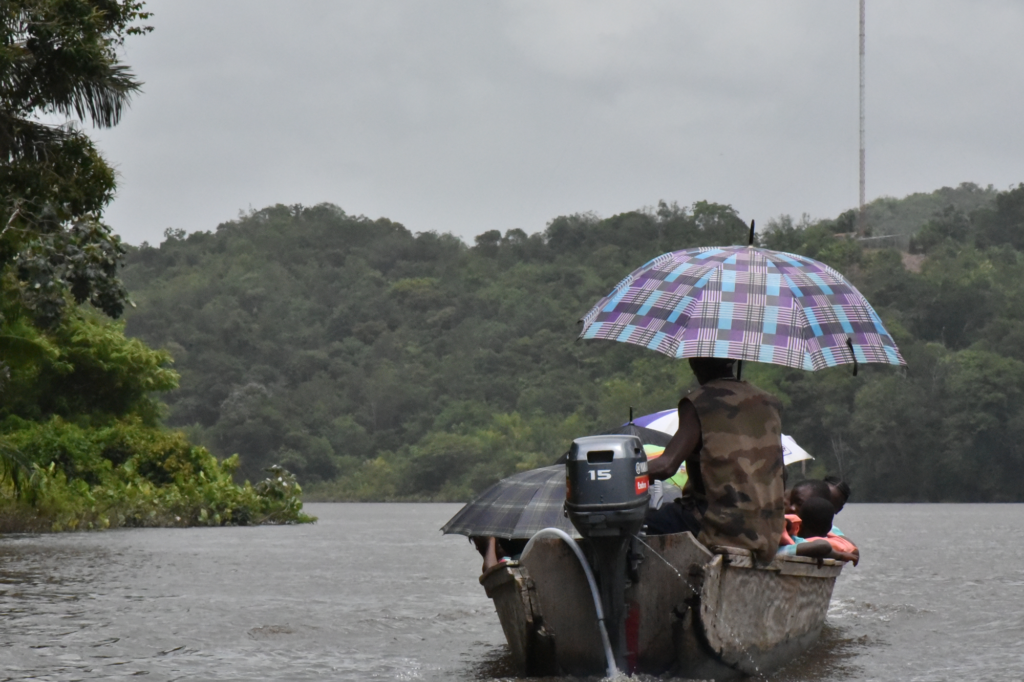 CARBON CREDITS
REDD+ is implemented in over 60 countries. Suriname also advocates conservation of the ‘green gold’. With the internationally earned ‘carbon credits’, other sustainable economic developments can be stimulated, such as a flourishing ecotourism and economic diversification. However, the growth of the Surinamese economy is as yet largely dependent on the extraction industries. This therefore poses to be a true challenge. REDD+ implementation is included in the government’s National Development Plan (OP) 2017-2021.

In 2014, Suriname received funds from the World Bank for ‘readiness’. The REDD+ Readiness Program is being implemented by the National Institute for the Environment and Development in Suriname (NIMOS), which has established a Project Management Unit for this purpose. “This is a business opportunity which we must make use of. We will be able to finance certain development goals”, says Cedric Nelom, acting general manager of NIMOS. 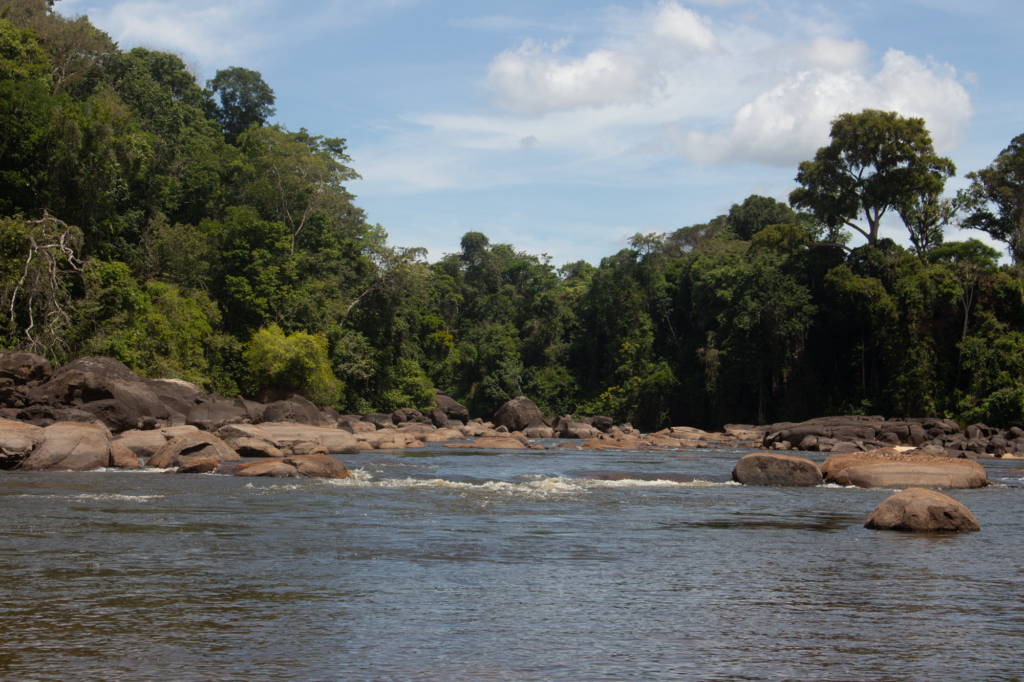 The REDD+ Program has three phases: readiness, implementation and results-based. Suriname has almost completed the readiness phase. Amongst others, a National REDD+ Strategy was formulated. Also, the ‘reference level’ of national CO 2 emissions is established as a starting point for the calculation of carbon credits.

“The National REDD+ Strategy encompasses which developments are important within the scope of sustainable forest management and to combat deforestation and forest degradation”, says Sandra Bihari, project coordinator of the REDD+ Program. “It indicates our long term ambitions and which implementation capacity is required to achieve these. As such, the National REDD+ Strategy is a tool for a sustainable and diversified economy.” The strategy is formulated with wide engagement of the government, civil society, business community, technical institutions and the indigenous and tribal communities. 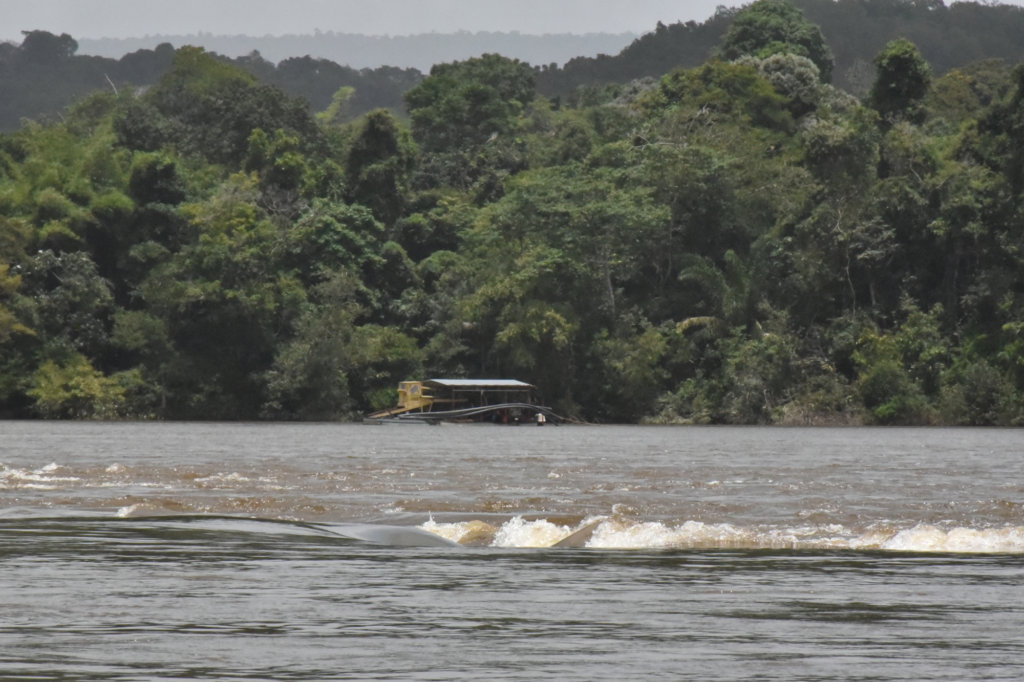 THE FOUR STRATEGIC LINE
The national REDD+ strategy comprises of four strategic lines. The first: ‘continue being a high forest cover and low deforestation country and receive a financial compensation for this’. The second: ‘sustainable forest management with early participation of various stakeholders, strict monitoring, control and supervision’. Concrete proposals were made for renewal of environmental legislation. It also regards capacity strengthening of institutions responsible for forest monitoring, control and enforcement, and of the local communities who are dependent on forests.

The Foundation for Forest Management and Production Control in Suriname (SBB), responsible, within REDD+, for the National Forest Monitoring System, is one of these institutions. Since 2012, SBB has a Forest Carbon Monitoring Unit. By using nearly real-time monitoring and satellite images, deforestation can be almost immediately detected. In the meantime, SBB has produced five deforestation maps. “With these, we are able to show all stakeholders the actual situation”, says Rene Somopawiro, manager Research and Development.

The third strategic line: ‘a new coherent legislation and planning for sustainable land use which should lead to an improved land management and forest protection’. The fourth: ‘forest conservation, reforestation and scientific research and education in the area of sustainable forest management’.

HFLD COUNTRY
Suriname is an HFLD (high forest cover, low deforestation) country. During the Climate Conference in Bonn, the country confirmed that it will maintain this status. The Paris Climate Agreement compels countries to approach and adjust the drivers of climate change. A draft Environmental Framework Act is currently being discussed in the Surinamese Parliament. This regards a coherent environmental legislation as worked out by NIMOS, in collaboration with amongst others, relevant ministries and the Environmental Coordination Unit of the Office of the President.

“Suriname should be done with its role as a raw material supplier”, says Winston Lackin, head of the Environmental Coordination Unit. “We practically earn nothing with this. End products, on the other hand, mean added value, employment and technology for the country. We also see diversification of our economy with regard to the environment.” Almost all countries that have signed the Climate Agreement, have formulated a ‘Nationally Determined Contribution’ (NDC). Lackin: “The Climate Agreement shall take effect in 2020 and the NDC’s are commitments. Each country must report every five years, otherwise you will not receive funds from the environmental treaties.”
Like 0 Facebook 0 Twitter 0 Pinterest 0 WhatsApp 0 Email 0